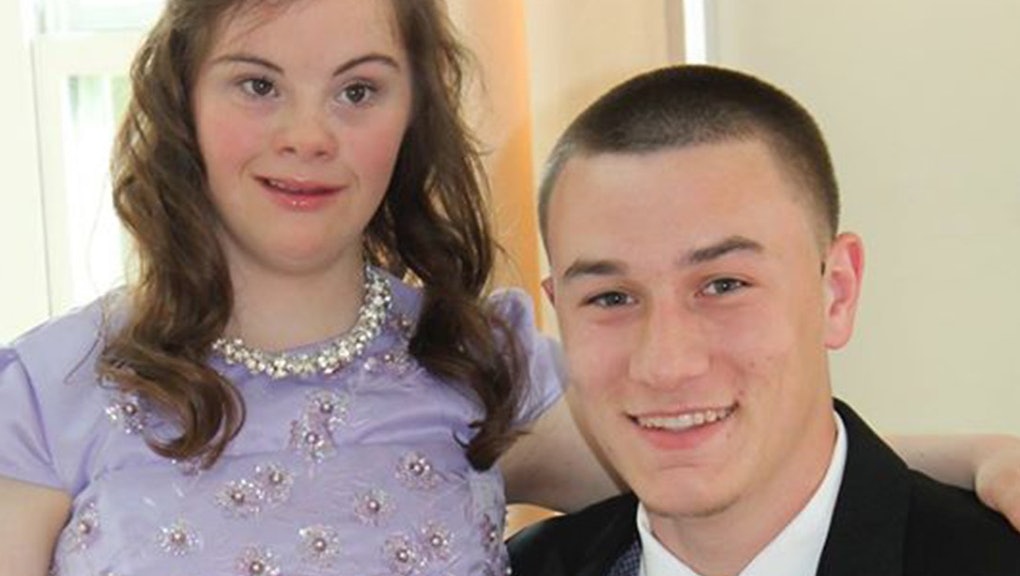 Ben Moser is not your typical high school jock.

The 17-year-old football quarterback from Pennsylvania's Susquehanna High School recently fulfilled a promise made in the fourth grade to his friend Mary Lapkowicz: That he would take her to the prom.

Lapkowicz, who has Down Syndrome, posed with Moser for these classic prom photos last week.

The friendship between the two began in elementary school and was first noticed by their fourth grade teacher, Tracey Spogli. "He watched over her constantly," Spogli told PennLive.com. "If she was looking like she wasn't having fun, he would go over and talk to her. He would pull her in to what ever activity they were doing. He just always watched out for her."

It was during that year that Ben made the promise.

The big moment, however, almost never happened. When Mary was in 6th grade, she transferred to the Central Dauphin school district, where her father worked as a math teacher. Out of touch thereafter, Mary and Ben only managed to reconnect when the school's two football teams played each other in a game last year. Ben immediately remembered his promise, and the rest, as they say, is history.

What makes Ben and Mary's story particularly compelling is how it turned traditional narratives on their heads. Ben's chivalry and loyalty to his old friend completely explodes the mold of how many might remember jocks from their own high school years, while Mary's graceful elegance on prom night was a powerful rebuke to hurtful and untrue stereotypes surrounding those with intellectual disabilities.

Stories like this one remind everyone that, among the plentiful news of bad behavior, there are still some good people out there.