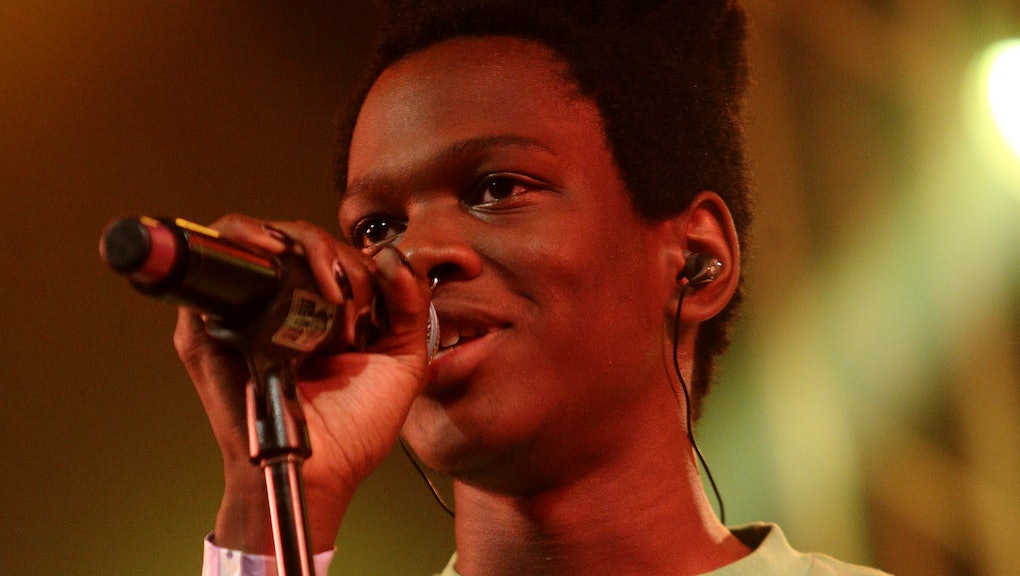 In One Quote, This Post-Gender Pop Singer Nails How We Should Think About Gender

Shamir Bailey, the burgeoning pop sensation who has "no gender, no sexuality and no fucks to give," opened up in a recent interview with the Guardian, leading up to the release of his* debut album, Ratchet, on May 19. The artist is on everyone's radar: The New York Times, Pitchfork, Billboard, NPR and more are singing his praises. In one quote, the musician showed why he more than merits the hype.

The Las Vegas native talked to the Guardian about his upbringing, and how he never really felt it necessary to conform to a particular gender.

He's got the right idea. "We're all the same," Bailey told the Guardian. "We're all pink on the inside."

As he prepares for the release of Ratchet, Bailey has been making the rounds with news outlets. With the New York Times, the pop singer talked more about how his upbringing shaped his personality.

"When everyone else was becoming a man I was becoming a woman," Bailey told the Times. "People think my androgyny is a thing or a gimmick, but no, I'm naturally androgynous; I don't try to be."

On the regular: Bailey is an open book when it comes to his sexuality, but don't expect to see him dishing on Diane Sawyer any time soon. "I'm not trying to be a household name," Bailey told the Times. "If this all ended right now, I'm not going to cry."

Still, Bailey's approach sets a great example for how we should all talk about gender. He's honest, forthcoming and not using gender as a stunt. America has woefully few discussions about gender fluidity, but Bailey's voice is emerging as an important one in the ongoing discussions surrounding gender-nonconfromity.

*Shamir does not have a preferred gender pronoun and often goes by "he" in the press.