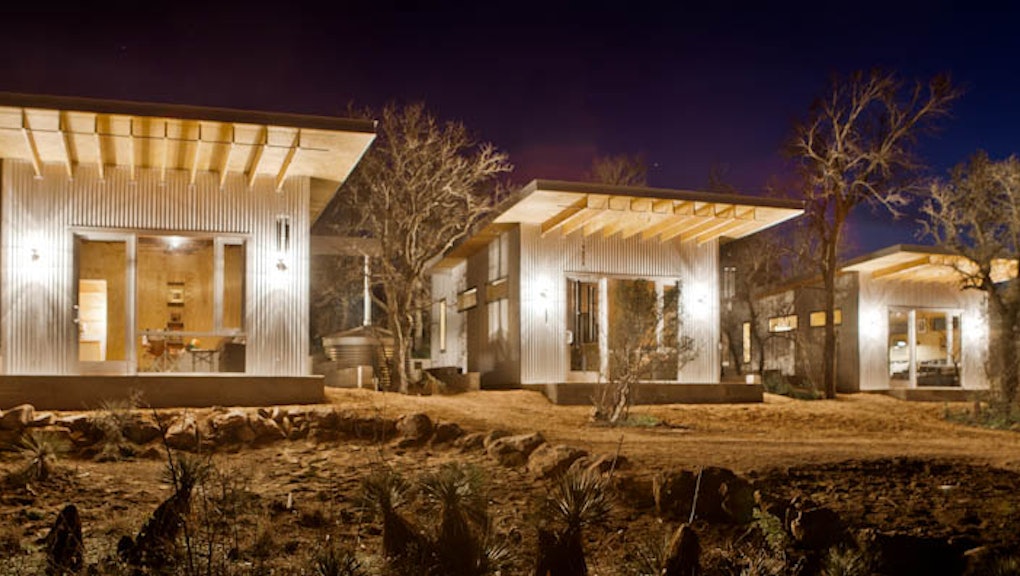 As we get older, the cold reality hits so many of us: Friendships are much more challenging to maintain. Coffee dates are replaced by the occasional FaceTime, nightly catch-ups become monthly "drinks" and group road trips morph into Instagram "likes" of each other's vacations.

The dream? If we could all just move next door to each other and hang out together until we go gray.

One group has actually lived it. The friends, four couples who have known each other for more than 20 years, took huge measures to ensure their friendships remained as strong as ever: They actually built a row of homes together.

Fred Zipp and his wife Jodi, along with three other couples, "had been hunting for a quiet escape from the ever-growing buzz of Austin, a place to ride their bikes, reconnect with nature and recharge," according to Garden and Gun. Vitally, they wanted space to all hang together.

So the group purchased a plot of land near the Llano River, about an hour and a half outside of Austin, Texas, and turned the dream so many of us have — the constant sleepovers, the built-in weekend plans, the late-night parties that never end — into a reality with a mini-community of vacation homes.

Nicknaming their project the "Llano Exit Strategy," the besties were fans of the tiny house movement and wanted to ensure they left a minimal carbon footprint with their new digs. After hiring architect Matt Garcia, they ended up with four nearly identical 350-square-foot cabins, so they could chill together when they wanted but split off in couples to sleep.

Spending time together was a main goal, so the couples also splurged on a 1,500-square-foot communal building built for cooking, entertaining and overnight guests, according to Garden and Gun. With bunk beds, a large porch and picnic tables, the community is perfect for the kinds of parties and adventure that all old friends could use to catch up.

While the couples don't live in there full-time, Garcia told Mic that they spend holidays like Fourth of July and Thanksgiving at their built-in group vacation homes. The term of this development? Lighter Side of Real Estate called it "Bestie Row."

We fantasize about growing up and living in communes and raising our friends' children in addition to our own. All it would take is prioritizing friendship right alongside our marriages, careers and families (and the free cash, of course). This "Bestie Row" crew just proved that the ultimate fantasy is actually possible — complete with matching houses and plenty of barbecue.

h/t Lighter Side of Real Estate