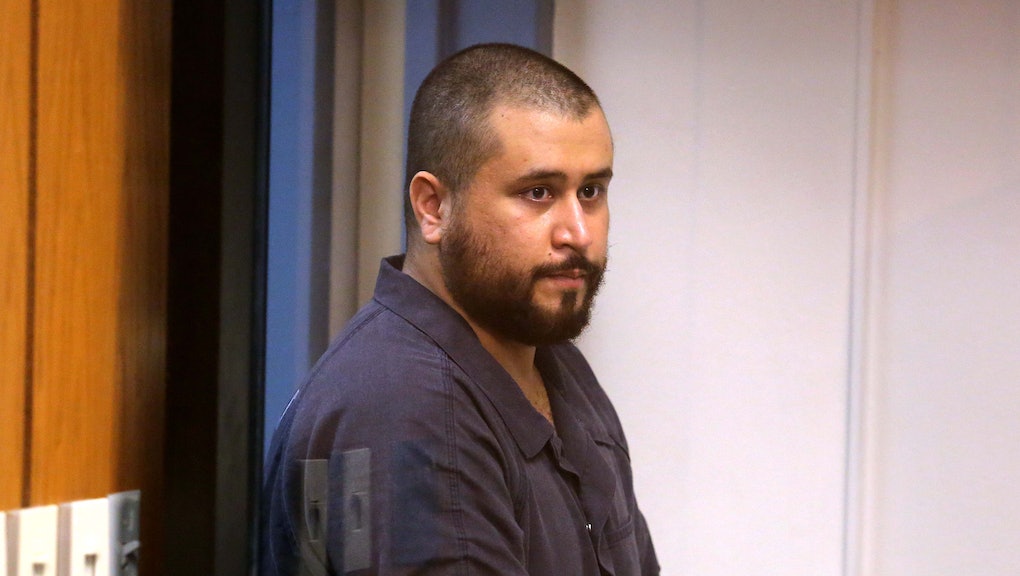 One Tweet Exposes the Hypocrisy of How We Talk About Black Victims vs. White Victims

George Zimmerman, the community watchman who went free after shooting and killing unarmed black 17-year-old Trayvon Martin under disputed circumstances in Sanford, Florida, in 2012, has been involved in another shooting incident.

This time, there's a twist: Zimmerman was the one who found himself on the barrel's end of the gun. According to WESH-TV, Zimmerman suffered minor injuries on Monday after someone fired through his car's passenger window on a boulevard in Lake Mary, Florida. CNN reports Zimmerman began waving his gun during an argument that was part of an "ongoing dispute" with the alleged shooter, prompting the suspect to shoot at Zimmerman, according to witness Kenneth Cornell, an employee at a nearby business. Zimmerman was released from the hospital hours later.

The irony of the situation was not lost on anyone, least of all Jezebel managing editor Erin Gloria Ryan, who tweeted the perfect response:

Right-wing figures defending Zimmerman after the 2012 incident did their very best to use meaningless incidental details to form an unsupported portrait of Martin as a stereotypical black thug. Conservative media attempted to paint Martin's hoodie, which the Washington Post's Richard Cohen called in a widely criticized column a "uniform we all recognize," as intrinsically linked to black crime. The Daily Caller publicized posts from Martin's Twitter account in what MSNBC's Ed Schultz called an act of "character assassination."

Some even suggested the Skittles Martin was carrying were intended for some kind of made-up drug called "Sizzurp." Ted Nugent went on national TV to call him a "dope smoking, racist gangsta wannabe."

Zimmerman's own legal team tried to smear Martin's character by releasing text messages from the 17-year-old's phone referencing guns and marijuana, despite the fact that the judge ordered the defense not to bring up Martin's alleged trouble with school officials, marijuana use or past fights at trial.

By applying the same scrutiny (or search for justifications) to Zimmerman being shot at, instead of Zimmerman shooting somebody, it wouldn't be very hard to use his extensive history of run-ins with the law to suggest that he deserved it, regardless of the facts of the incident. But that would be wrong, wouldn't it?