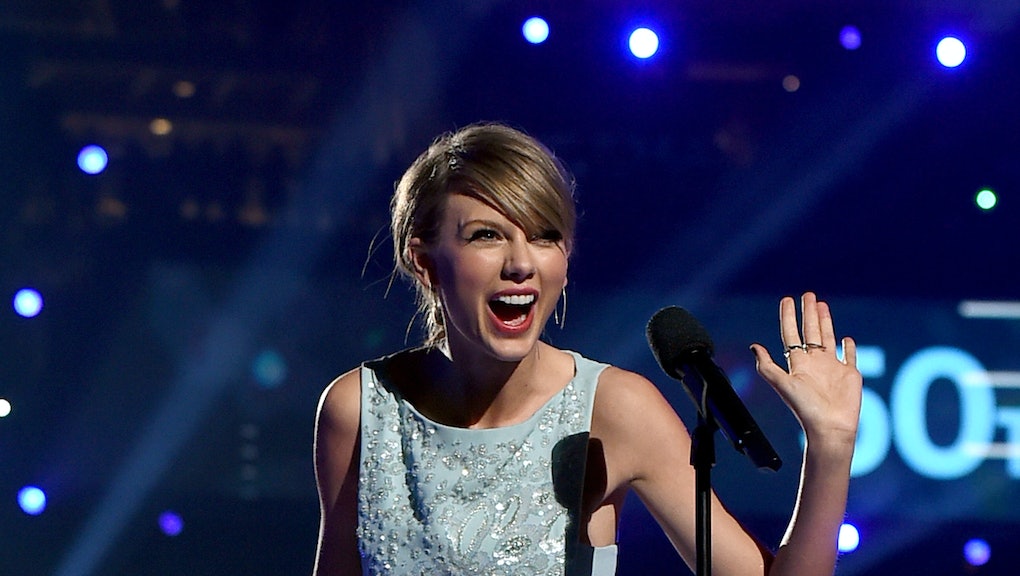 On Sunday, one of Swift's fans, Kaileen aka areweintheclearyets aka "iced coffee girl," sent the pop star a heartbreaking message on Tumblr. Kaileen's Mother's Day wasn't easy; she told Swift about the passing of her mother last January and thanked the pop star for helping her get through her darkest hours. And Swift, unbelievably, responded.

Swift and her fans. The issue is likely close to Swift's heart, as her own mother was recently diagnosed with cancer. But this generosity has always been her way.

She frequently goes out of her way to connect with her fans. She's offered advice to bullied fans on Instagram, break up advice and much more. She's attended a fan's bridal shower and she's invited fans for a pizza parties at her SoHo apartment. At the Grammy Awards this past February, Taylor Swift read that one of her fans would be attending. She brought her backstage and hung out with her:

Swift even helped a struggling fan to pay her student loans with a delivery of $1,989 from FedSwiftEx.

Swift's mission: People either love or hate Swift's very public relationship with her fans. To some, it seems totally genuine and loving. To others, it seems calculating. But the truth of the matter is that Swift is simply hewing to her principles as a classic entertainer. When Swift was just starting out, Rick Barker, the West Coast regional rep for Swift's label Big Machine, told Swift that "if she wanted to sell 500,000 albums, she'd need to meet 500,000 people," according to an interview with Pollstar. Considering the fact that Swift was one of the only artists to go platinum in 2014, it's clearly a strategy that's working. And it means a lot to lots of people.