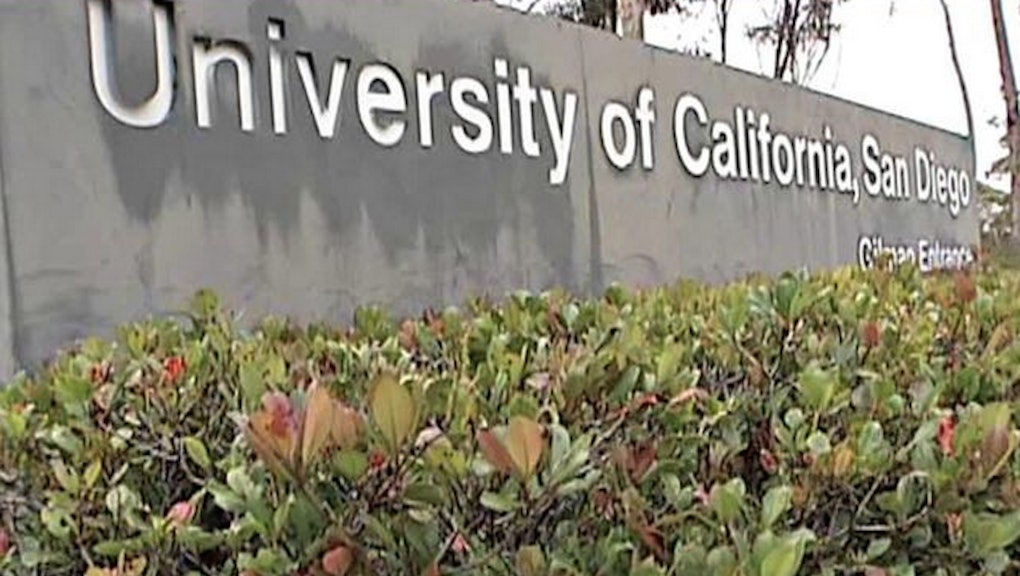 No, No One Is Forcing a Female Student To Get Naked For a Final Exam

The only one in a frenzy about the final exam for the University of California, San Diego, class "Visual Arts 104A: Performing the Self" is a mother of a student in the course.

The mother, who requested anonymity, complained to a San Diego ABC affiliate about the course, claiming that professor Ricardo Dominguez is forcing her daughter to perform naked for the exam or fail the course.

Not surprisingly the media went into overdrive. "Students & Teacher Get Naked for UCSD Final Exam," read the headline at Fox News; "Students Must Get Completely Naked With Their Professor to Pass This Class at UCSD," Complex advertised in its own version.

The irony here is that these headlines are wrong, just like the student's mother is wrong: Dominguez's students are not "forced" to get naked, or to do anything. It seems everyone has failed to do the one thing professors advise all students at the beginning of the semester: Read the syllabus.

It's in the syllabus: In this case, it seems neither the mother nor the media actually read this document that every student gets. Dominguez told Mic in a written statement that the syllabus states students do not have to get physically naked: "Students learn that they can do the gesture in any number of ways without actually having to remove their clothes," he said. "There are many ways to perform nudity or nakedness, summoning art history conventions of the nude or laying bare of one's 'traumatic' or most fragile and vulnerable self. One can 'be' nude while being covered."

A scan on Rate My Professors shows students have yet to complain there about Dominguez's assignment. A former student, UCSD senior Lisa Korpos, elaborated upon the students' expectations in a statement Dominguez provided to Mic. Not only, she wrote, did Dominguez discuss "the criteria of all the required performances during the first week of the quarter," as universities require in tandem with the distribution of the syllabus, but "the nudity requirement isn't necessarily a literal one."

"Nudity can refer to vulnerability — an expression of one's most honest self," she continued, voicing her support. "Clothes can most certainly stay on. Some students choose to interpret nakedness literally, but it's certainly not forced upon them."

This is a case of not reading the syllabus. It's also a case of a mother not letting her adult daughter do what she wants to with her body, and then unleashing a diatribe upon both the professor and the school for breeding "perversion." Here, it is suggestive that the person filing the complaint is not registered in the course, has not read the syllabus, and has choosen to remain anonymous while doing so — because, at base, anonymity is a sign of one's uncertainty about one's argument.

This story is also an example of a broader attack on the American university system and on the humanities in particular, where the value of learning is being supplanted by the dollar signs attached to the degree.

But the value of the humanities and of higher education cannot and must not be attached to money. "Every single student, came out of that class with a deep sense of empathy, understanding, and care for their fellow classmates — a sense of connectedness that simply didn't exist prior to the session," Korpos noted, in explaining the emotional and intellectual value of Dominguez's course.