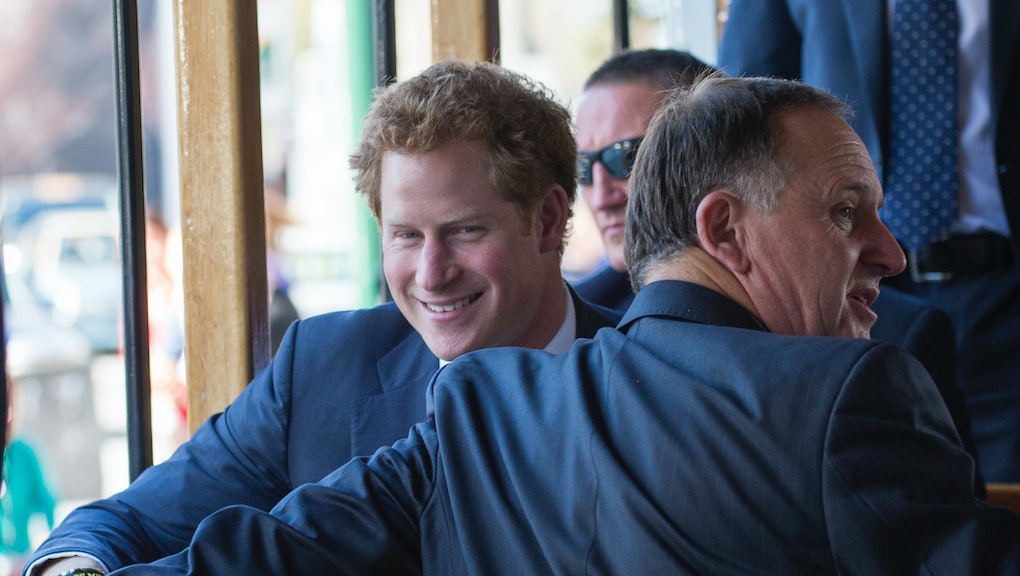 In One Sentence, Prince Harry Just Became Our Unchill Hero

Settling down has never sounded so sexy.

Prince Harry put the world (or at least, single women in the vicinity of Kensington Palace) on notice when he admitted on Monday that he really just wants to settle down and have kids, the British royal told Sky News:

"There come times when you think now is the time to settle down, or now is not, whatever way it is, but I don't think you can force these things it will happen when it's going to happen."

"It would be great to have someone else next to me to share the pressure," he added. "But, you know, time will come and whatever happens, happens."

Reaction to the news that the famed singleton just wants to find the One? A collective Internet swoon — something many of us, particularly women, don't exactly get when expressing the same desire.

That's because admitting you want to settle down is seemingly opposite of what we're supposed to want in our younger years. And in fact, there's guilt surrounding the admission for plenty of women, who feel as though it runs counter to the empowered, feminist narrative they've embraced.

"Many [young women] express the same sentiment again and again: 'Why do I, a young and highly educated woman in the 21st century, value relationships with men so highly?' To do so feels like a betrayal of themselves, of their education and of their achievements," Leslie C. Bell wrote in the Atlantic in 2013.

Hannah, 25, concurred. "For us career-driven ladies, it's a tough balance," she told Mic. "It almost feels weak to admit that you need someone else to feel complete. There is a pressure to feel like you are fine on your own."

Compounding that guilt? The modern pressure, for women and for men, to be oh so chill. "There is the omnipresent pressure to be the 'cool girl'— to not make a big deal out of things, to go with the flow and laugh everything off," Abigail, 25, previously said to Mic. That stance is the apparent antidote to the stereotypes, still prevalent, that women are desperate to land a man. It's OK, such chillness reassures — we're not looking for that at all.

But as Jennifer Lai wrote in Slate, "What's wrong with wanting the comfort and stability that we have been looking for since we were cave people?"

Nothing. As Prince Harry said frankly, it's great to have someone else next to us to share life's pressures, not to mention the joys. And there's nothing wrong with saying it out loud. In other words, the royal is our unchill hero.

* All names has been changed to allow subjects to speak freely on private matters.