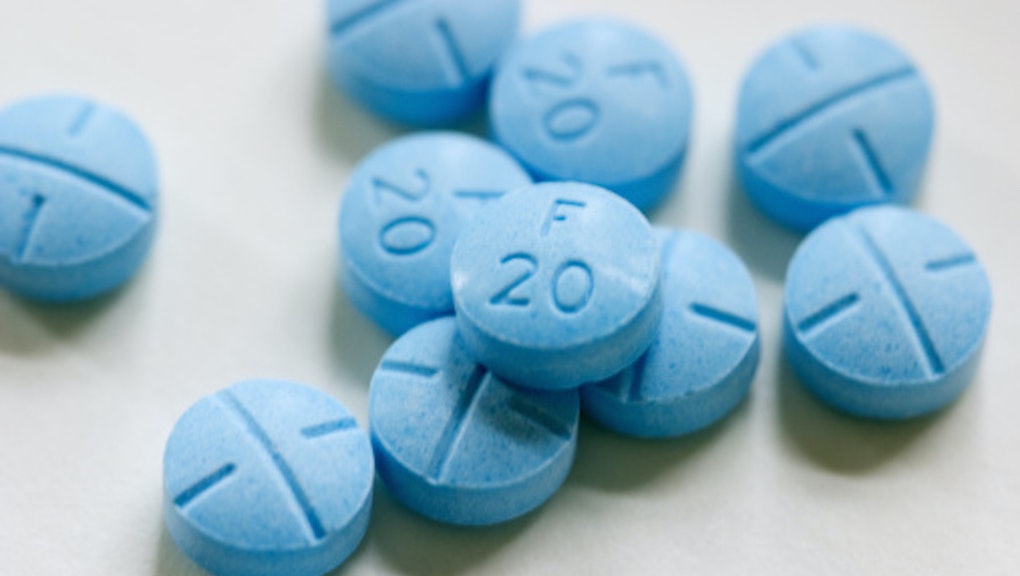 What Adderall Really Does to Your Brain — in One Stunning Video

In the United States, few medicines get as much attention as Adderall.

The drug is well-known as a treatment for millions living with ADHD, and as a widely used study aid for untold numbers of students looking for an edge on their exams, whether or not they have diagnosed condition. But for those who have wondered what exactly Adderall is, and how taking a stimulant reduces ADHD symptoms, the American Chemical Society has produced a new video that should help.

According to the ACS, the whole process is like an awkward middle school dance in which the brain releases dopamine ("a key chemical in the brain's reward center") that stares forlornly across the hall at the dopamine receptors of the central nervous system. Amphetamine, the active ingredient in Adderall, forces dopamine onto the dance floor for some neurological mingling, allowing the brain to maintain focus and not constantly search for other sources of stimulation.

All joking aside though, Adderall and other amphetamine-based drugs are only helpful when used for their intended purpose. While the drug is often considered harmless by those seeking hyper-focus at school or work, the dangers of abuse are real. Dependence on amphetamines includes an increased likelihood of negative side effects like paranoia, mania and seizures. Even for legitimate purposes, the rising use of Adderall has led many to believe that it is overprescribed.

Further, as the ACS pointed out, it only takes a small chemical tweak to turn amphetamine into its much nastier cousin methamphetamine. Meth is commonly taken as a club drug, and its abuse can result in psychosis, aggression, brain damage and an extremely unsightly condition known as "meth mouth."

The drugs we take in our day-to-day lives, from Tylenol to Adderall and beyond, have an equally great impact on our well-being. Knowing the why and how of what they do is extremely important and makes videos like this more than just a fun YouTube snack.