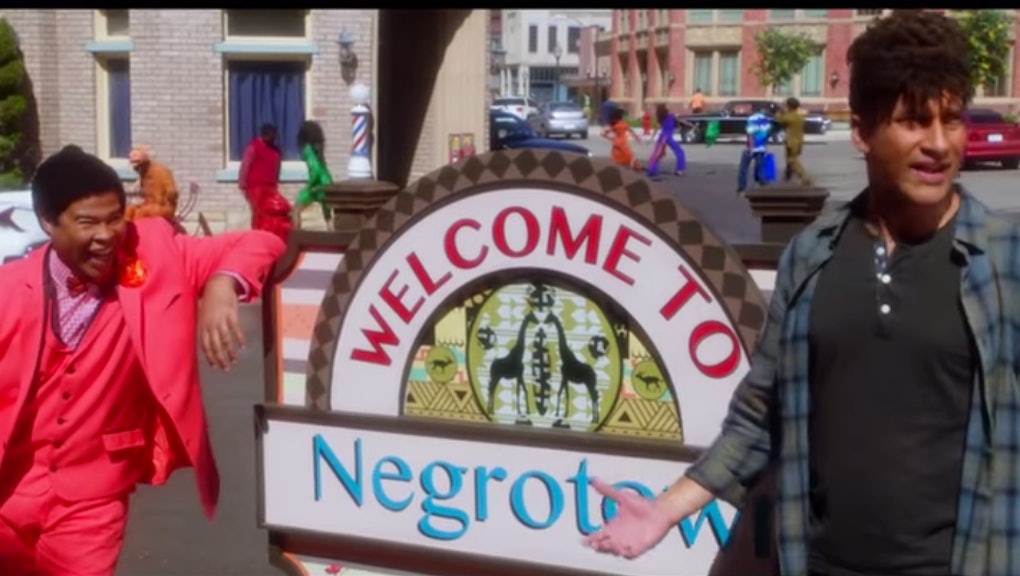 Key and Peele's "Negrotown" Actually Existed — Here's Why It's Gone

In a satirical, yet pointed video sketch, the duo Keegan-Michael Key and Jordan Peele of Key and Peele imagines what life would be like if black people had a vibrant, successful community where they could thrive without the interference of systemic racism. This bright, magical place was called "Negrotown."

"I think I get it. It's like a utopia for black people," Key says in the video, later adding, "This just sounds too good to be true."

Actually, a place almost as idyllic as Negrotown was once a reality during the early 20th century. The Greenwood neighborhood of Tulsa, Oklahoma, is perhaps the closest America has ever come to having a town like the one imagined by Key and Peele.

Unfortunately, racism and white supremacy ended it after all.

What happened? Greenwood grew as blacks moved to Tulsa in the early 1900s, attracted by a major oil boom in the region. Blacks were largely restricted to this section of the city, because racial segregation prevented them from living or shopping anywhere else nearby. In spite of living under Jim Crow laws, they built a community wherein blacks could build economic power and flourish among their own ranks.

"As we often saw before integration, blacks in the area created entrepreneurial opportunities for themselves, which housed an impressive business center that included banks, hotels, cafes, clothiers, movie theaters and contemporary homes," Josie Pickens noted at Ebony in 2013. "Greenwood residents enjoyed many luxuries that their white neighbors did not, including indoor plumbing and a remarkable school system that superiorly educated black children." The area became an oasis for wealthy black entrepreneurs and eventually became known as America's "Black Wall Street."

How it came to a screeching halt. In 1921, Black Wall Street was decimated by an attack, partially fueled by the growth of white supremacist groups near Tulsa. As PBS details, sensationalized reports emerged during Memorial Day weekend that year, when two white newspapers alleged that a black youngster had raped a white woman and "ought to be hanged." Rumors spread that a lynch mob planned to take matters into its own hands, giving way to an armed confrontation between blacks and whites at the police station.

"Thousands of whites rampaged through the black community, killing men and women, burning and looting stores and homes ... When the National Guard arrived, it arrested blacks rather than white rioters," PBS television producer Richard Wormser writes. "No whites were arrested, even though many of the mob members openly boasted of what they did. Thirty-five blocks of Greenwood were burned to the ground, wiping out businesses and homes."

No real remedies. To date, none of the living survivors of the massacre in Greenwood nor their descendants have received any substantial reparations. According to the Root, an Oklahoma state commission investigated the riot from 1997 to 2001 and recommended specific reparations. As a result, the state passed a law "that provided about 300 scholarships for descendants, developed a memorial and pushed for development in Greenwood — but the law fell far short of what the commission had recommended." It's the closest any government in America has come to recognizing the wrongdoing. The remaining survivors and their allies have since continued fighting for reparations.

The story of Black Wall Street is a sobering chapter in history that reveals, yet again, how opportunities for black people to succeed and live peacefully get undermined by racist institutions and people. And it's a reminder of the need to commit to accountability for generations of anti-black oppression. Maybe then will black communities have a fair shot at thriving, instead of living under the shadow of racial inequity.