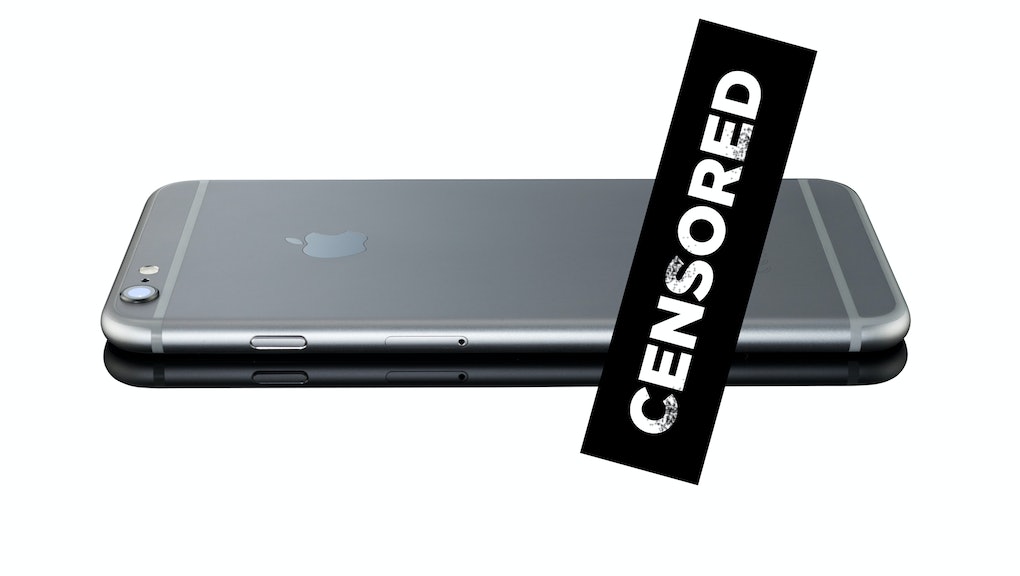 You Won't Believe This Tech-Themed Erotica Is Actually Real

We know you love your Apple Watch, your MacBook Pro with Retina display and your supersized iPhone 6 Plus. That sleek steel. That smooth glass. That bulge in your pocket. Our relationship with these products is borderline fetishistic — there's even an iPad case with a Fleshlight attachment so you can have sex with your tech.

We've scoured the Internet to find the most bizarre tech erotica and collected them below. Strap in and prepare to never be able to look at your phone the same way again. (If it wasn't obvious, much of the following material is NSFW.)

1. Invaded by the iWatch

What to expect: Invaded is the third entry in Leonard Delaney's trilogy of tech erotica, and it involves Apple's new shiny timepiece. It follows the same character as Delaney's previous works (see below) as she, er, experiences her watch. This is gadget fanhood taken to its absolute, inexplicable climax.

2. Taken by the Tetris Blocks

What to expect: Christie Aackerlund is back, and this time she's making friends with some "Russian blocks that are looking to score." Prepare yourself for various sexual encounters involving anthropomorphic blocks.

Sample line: "'Have a nice day!' said a Block making up her apartment's front door as it opened for her. A stack of Blocks forming a statue in the park waved at her. 'Nice, nice,' said a sidewalk Block as she walked over it in her skirt. Christie snorted and hurried her pace."

What to expect: Conquered by Clippy plunks your least favorite (and now retired) Microsoft Office helper front and center in — you guessed it — Aackerlund's sexual fantasy. She's been sent by a tech company to a "remote location" to investigate what the company thinks is "an alien artifact."

Sample line: "She smiled with one side of her mouth, then got on her knees. Unlike an actual paperclip, the end of his coiled body was rounded, and it felt smooth in her mouth. As she lapped and sucked and tongued at it, it became even redder and hotter. Her own human body part (vagina) felt hot too."

What to expect: Remember "the dress," the viral phenomenon that took over the Internet? An enterprising fellow by the name of Chuck Tingle turned it into erotica. The 4,400-word masterpiece follows Kent, who meets Channing, "a living gay dress." The climax of their love affair apparently involves the discovery of the dress' actual color. (Do tell!)

Sample line: "I'm attracted to the idea of someone whose [sic] never quite what they seem, a personality that seems both dark, and light, depending on how you look at it."

5. Susan vs. the Giant Mechanical Octopus

Sample line (from the book's description): "Susan abruptly finds herself the subject of its examinations at it tries to probe every inch of her body with its writhing metal tentacles."

Sample line: "But just before I'm about to snap completely, white knuckling as the plane around me shimmy's [sic] and shakes, a warm, reassuring voice sounds throughout the cabin. 'Hey man, it's gonna be alright.' The voice tells me."

Read this if you're into: Computer programming, technological euphemisms, fantasies involving GitHub.

Sample line: "She was pleased with her work at the end and couldn't wait for their next meeting, where she would finally be able to fork his repository."

What to expect: Stupid Sexy Smartphone chronicles the adventures of Alex, whose birthday gift from his parents — a shiny new smartphone — ends up taking the form of a 6-foot bombshell with a sizable chest and a fondness of "Buttons" by the Pussycat Dolls.

Sample line: "Nikki came closer. 'It's not cheating. I'm your phone.' She grabbed his hands and put them on her chest, 'Here, feel my breast apps.'"

What to expect: "Mechanical Sex at its best!" as per the book's description. It features a common sexual trope: the bored housewife's attempts at fulfilling her lackluster sex life. This time, however, the protagonist becomes fixated on the mechanical dreambot her husband has created to satiate her while he recovers from his injuries.

Sample line: "I was doomed to a life of listless sex and halfhearted finger banging. At least I thought I was until the day a workman came over to install our new wheelchair ramp for the house."

10. Getting Freaky With an App

What to expect: The first-person account of an unnamed narrator after his friend asks him to try out his new app. It takes on the form of a woman named Seraphim, and the two begin to "virtually date."

Sample line: "Seraphim wasted no time helping me out of my clothes. Not only was this woman a fantasy come true, she genuinely wanted me. I could feel her emotional connection to me. She loved me and I loved her."

What to expect: "Set in the near future, Rogered by a Robot tells the story of Beatrice; a marketing manager at the world's largest sex robot manufacturer. Beatrice is deeply in love with her ancient rectangular 'Shagbot', but when the brand new iHump S comes onto market will she remain faithful?"

Sample line: "I lay on my back panting. My sweat-covered breasts rising and falling as I gulped air. As usual, Shagbot had given me a bloody good rogering. Moments earlier I had been in mechanical heaven, his pulsating shaft generating an orgasmic surge throughout my body. Now as I lay back, I could feel his cold, hard surface on the inside of my thighs. Shagbot buzzed and hummed as he wound down from a job well done. 'COITUS TERMINATED' said Shagbot."

Read this if you're into: Androids, futuristic utopias, hot nurses, nanotechnology, moon trips, lots and lots of human-on-android action.

Sample line: "Jokingly he said, 'I bet there is one need you can't help me with.' He said with a broad smile, and then he went silent as he watched Salon 5's reaction. Salon 5 smiled back at him, she knew from the tone of his voice and silence what he was referring to, that being the act sexual relations between a man and woman. 'You would be wrong, Phil, all the Salon android models are programmed for sexual activities as well as service and work reasons.'"