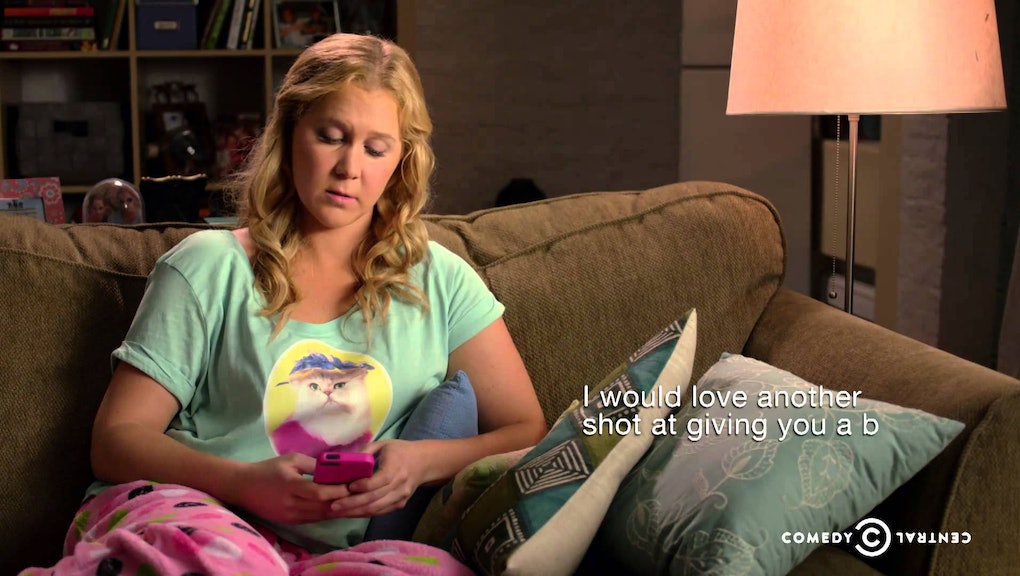 In a recent interview with InStyle, Mindy Kaling was asked to define her relationship with her former co-star and on-again, off-again IRL love, B.J. Novak. She explained:

"I will freely admit: My relationship with B.J. Novak is weird as hell. He is not my boyfriend, but he is not my best friend. I guess you could describe our relationship as a 'romantically charged camaraderie with loud arguments,' but I don't think Facebook would accept this as a new status."

As Kaling so eloquently points out, much of what we experience in dating and sex defies definition. It's the reason we've seen the rise of the heart emoji, the codification of ghosting and the universal recognition that we are all really, really thirsty — modern relationships are incredibly complicated, and most of the time the language we have just doesn't cut it.

So, to do a solid for the greater good, Mic has compiled some dating terminology you didn't know you needed, but definitely do. It's time to update those dictionaries.

It was a slow month, your friends were all busy and they were there. (Of course, you immediately wished you were watching Netflix instead.)

We're all just staring down at our phones, stomachs churning, waiting for those three small dots to appear.

There's nothing to be ashamed of — spending time alone might be more fun than you expect. So what if you're the only one who wanted to see Pitch Perfect 2?

You can feel it in the air, and you know it's coming. You can only have the "we were on a break" fight enough times before you decide to take a permanent one.

The couples who shit together fit together. It's science, guys. Embrace it.

Your text history is full of nudes, but your bed isn't. It's a blessing and a curse.

Ah, those weeks of witty rapport, filled with puns, double entendre and the occasional cute selfie. Savor them.

Apparently, an overwhelming number of online daters are guilty of Tinder tourism. Turns out we all like window-shopping.

Like Robin on How I Met Your Mother or Marnie and Ray on Girls, there's an absurd, indignant feeling when you're rejected by someone you didn't actually want anyway.

We've all been reassured by our paired-off friends that our "special someone" is coming to us — we just have to be patient. Who made them the experts?

When, "So what have you been reading lately?" is a euphemism for, "I'm secretly trying to unhook your bra."

We all have them: Mr. Big, the Professor, the Mustache Boy, Beaver Tail, Spaghetti Girl. Bonus points if that's how they're saved in your phone.

Whether it's two weeks or two months, you're not lonely and you're not looking — you're just living your life. Just ask Taylor Swift, the datecation queen.