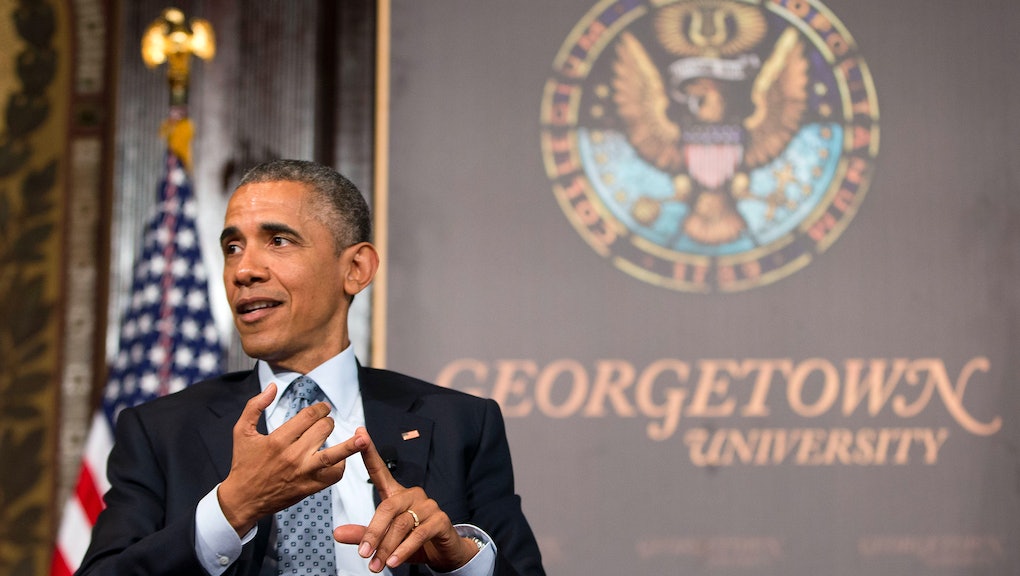 During a Tuesday panel discussion on poverty at Georgetown University, President Barack Obama laid a generational guilt trip at the feet of conservative media organizations for advancing false stereotypes about the nation's working poor.

Obama pointed to "40 years" of efforts "to suggest that the poor are sponges, leeches, don't want to work, are lazy," and "undeserving," as the reason so many Americans are unsympathetic to fellow citizens born and raised into poverty.

"It's still being propagated," he continued, turning his attention to the talking heads. "If you watch Fox News on a regular basis, it is a constant menu — they will find folks who make me mad. I don't know where they find them. They're like, I don't want to work, I just want a free Obama phone — or whatever. And that becomes an entire narrative."

"Rarely do you hear an interview of a waitress," he said, "who's raising a couple of kids and is doing everything right but still can't pay the bills."

Obama was responding to a question from Washington Post columnist E.J. Dionne, who asked how politicians and reporters can "tear down these ideological red/blue barriers" and get opposing sides, in this case the president and Republican congressional leaders, talking again.

"And that's a hard process because that requires a much broader conversation than typically we have on the nightly news."