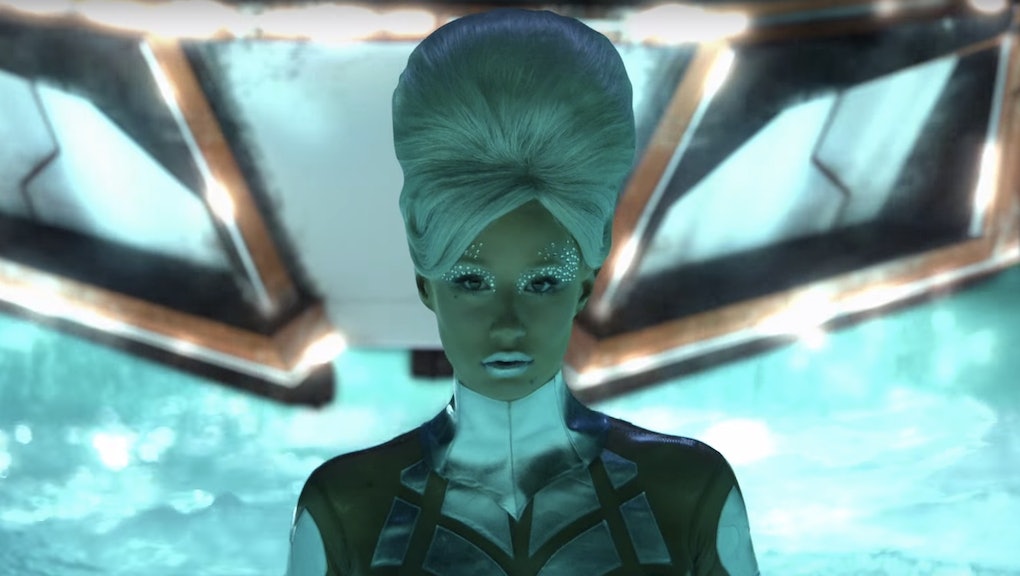 This is just getting ridiculous. On Wednesday morning, Iggy Azalea and Britney Spears released the video for their latest single, "Pretty Girls," and — shocker! – it's total garbage. Now the song, which sounds exactly like "Fancy," has a video that's identical to "Fancy" too.

Fancy, pt II. In the same way that the video for "Fancy" tried to recreate Clueless, "Pretty Girls" tries to recreate the '80s comedy Earth Girls Are Easy. Everything is the same, from the California cruisin' scenes to the extensive nail polish applications — even the font. The new video is appallingly lazy, out of touch and, perhaps worst of all, boring as hell. Very little actually happens, with the exception of a scene where Iggy Azalea speaks in a terrible alien voice. (Not that we know what aliens sound like. They just probably don't sound like that.)

The duo released the song "Pretty Girls" on May 4, and the reactions were justifiably disgusted. "Like a movie studio churning out sequel after sequel, this is the music industry's new strategy," Tom Barnes wrote for Mic. "And it's about to get a whole lot worse."

To any aliens reading this: Please, take these washed-up pop stars off our hands.