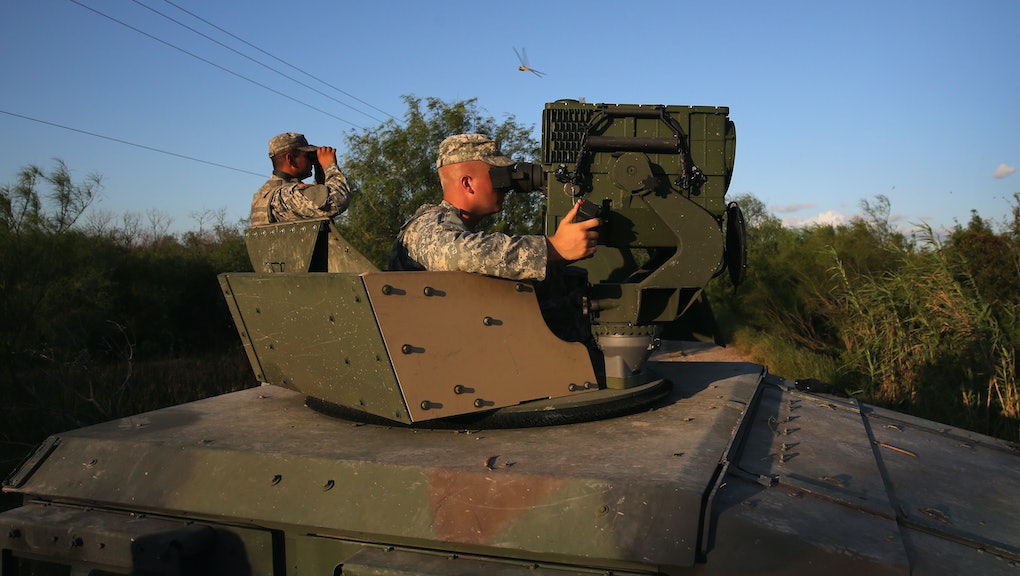 One hundred and seventy years after President James K. Polk authorized the annexation of Texas into the Union, a new poll has found that a third of Republicans believe the federal government is "trying to take over Texas."

A survey conducted by Public Policy Polling between May 7 and 10 found that 32% of likely GOP voters believed the broad strokes of the "Jade Helm 15" conspiracy theory, which holds that the federal government is planning to use a summer military exercise in the southwest United States as a cover to impose martial law in the Lone Star State. Forty percent of respondents dismissed the idea, while 28% said they didn't know enough to say for sure.

PPP was kind enough to break down the results based on respondents' preferred Republican presidential contender. Supporters of Ted Cruz (56%), the junior senator from Texas, and Rick Perry (76%), the former Texas governor, were the most likely to say they were expecting an American military occupation. Former Florida Gov. Jeb Bush was the only candidate listed for whom a majority of backers said they did not believe the "Jade Helm 15" conspiracy theory:

On April 28, Texas Gov. Greg Abbott, a Republican, asked the State Guard — a glorified militia — to "facilitate communications" about the exercises, which are scheduled to begin on July 15 and run for two months. "It is important," Abbott wrote in a letter to Major General Gerald Betty, "that Texans know their safety, constitutional rights, private property rights and civil liberties will not be infringed."

Abbott's decision to feed the beast was met with criticism from across the political spectrum. One former Texas Republican state legislator accused him of "pandering to idiots," while White House Press Secretary Josh Earnest said, "I have no idea what he's thinking," when asked about Abbott's letter.

None of the other six states hosting related events — including New Mexico, Colorado, Arizona, Colorado, Nevada and California — have experienced any significant public uproar.