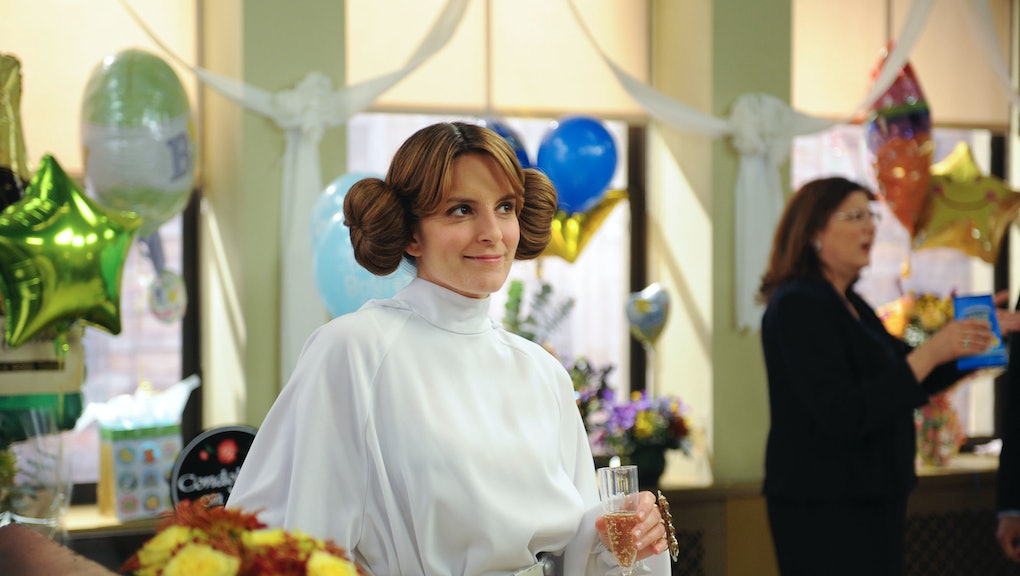 You put on that crisp, white shirt, fresh from the dry cleaners, and right as you're ready to go, your mouth barely misses the to-go cup and coffee spills all over your shirt. It's a common experience with no clear solution.

But fret no more. Clothing brand Elizabeth & Clarke has innovated a fabric to stop this from ever happening again, with material that repels oil- and water-based spills. It would appear such shirts are in high demand, based on the resounding success of the Kickstarter campaign. Its goal was $30,000 and, with one week left to go, it's already raised $174,009.

Tina Fey's famed 30 Rock character, Liz Lemon, was known for — among many endearing qualities — her clumsiness. So it only seemed fitting (pun intended) that one of Elizabeth & Clarke's unstainable shirt styles be named after her.

How does the magic happen? The shirt uses nanotechnology — that is, tech the size of a virus or a cell membrane — to repel pretty much any water- or oil-based spillage, even "including perspiration, which evaporates before even touching the fabric," according to the Kickstarter page.

The nanotechnology works on a molecular level and essentially attaches microscopic "whiskers" to the shirt's fibers "that are 100,000 times smaller than a grain of sand. The treatment keeps ... liquids suspended above the fabric, never allowing stains to touch the silky fibers."

Because these whiskers are so tiny, they don't clog the weave of the material, which lets the fabric breathe.

Nanotechnology is the future of clothing. Nanotech has been used in clothing for a number of years now. Take, for example, Aquapel, the water-resistant coating found on North Face products, among other brands. Aquapel works in a similar way to the Unstainable nanotech, also attaching tiny whiskers to the material's fibers.

Nano-Tex, founded in 1998, was actually the first company to use nanotechnology on clothes, transforming the fabric on a molecular level. "By working at the nano-scale, our textile enhancements provide amazing functional improvements without changing the natural characteristics of the fabric, like hand and drape," explains the company.

Thanks to Elizabeth & Clarke's iteration of nanotech clothing, now you don't need to worry if, like Liz Lemon, you're someone who has a predisposition to small spills.