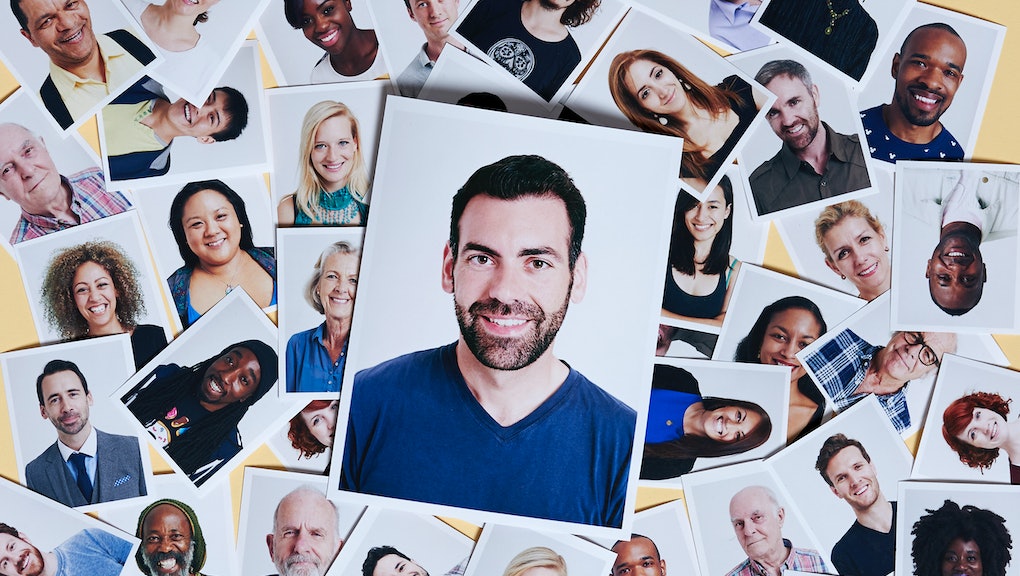 One Little Experiment Reveals Just How Crazily, Irrationally Attached We Are to Our Names

On Wednesday, Time had us briefly enthralled with the latest distracting desk game: a name generator that shows you what you would have been named in every decade for the past 100 years based on your name's relative popularity, as determined by data from the Social Security Administration.

To which your gut reaction is probably, "That is so not me."

Playing with the generator and scrolling through the alternate names evokes a truth we rarely ponder: how strongly we feel like our names are us. So Mic decided to ask 13 people about their names, and the names they could have had — if born in another generation, or if their parents' had had a change of heart.

The takeaway: We really can't picture being called anything else.

Aurora, 25: "I was almost named Linda after my dad's favorite singer, Linda Ronstadt. I am so happy that wasn't the final decision. 1. Linda is outdated. 2. It's overused 3. It's vanilla."

Sophie, 23: "Ugh, my Time generator name is Jayden? No. All these names are terrible. Shirlee? Really?"

Caira, 31: "I was almost a Sean... but my name is unique and quirky. I've never met anyone else in person with it, so that alone makes it feels like it belongs to me. Sometimes I do things and think, oh, that's so Caira-ish. My mom tells me I'm such a Caira."

But not too unique. Otherwise, childhood would have sucked.

Julianne, 26: "[My parents almost called me] Colette, after a French lesbian novelist. I think it's pretty, but I probably would have been made fun of mercilessly as a kid."

Elliot, 29: "I was almost Saul or Solomon. That would have been traumatic."

Shelley, 32: "I was supposed to be a Mary Ellen. Ew. My dad came to my rescue and vetoed."

Joey, 26: "I was going to be named after Keith Jarret, which is not only an outdated pop culture reference but sounds too much like jar-rat. I hate rats, so I'm pretty pleased this didn't happen."

Chelsea, 28: "I was almost named Ursula (by my dad, after an author he likes), but my mom emphatically vetoed."

Certain names just have certain vibes. We're lucky to have escaped them.

Alexandra, 26: "I was almost called Taylor. Brittany was another option, and both remind me of bitchy girls or fake girls."

Michelle, 30: "I had two names that my parents were floating: Brenda (which sounds like a 45-year-old divorcee in 1975) and Alexandra, which is a nice name, but I feel like it's boxy, if that makes sense."

Terri, 31: "Dina and Janae don't feel like me at all. They sound like older office lady names. Definitely wouldn't want to trade my name for those."

Benjy, 27: "Dylan? Stephen? Juan? This is crazy! None of those names [from the Time name generator] feel like me at all."

There's a psychology behind our names: Names hold a lot of weight. We grow into our names, and our lives are influenced by how others see us based on those monikers. Because let's be honest: Whether it's seeing Dylan as a laid-back rebel or Samantha as kind of stuck up, it's easy to make broad, generalizing assumptions about people based on their names (for better and, often, for worse). But even as we judge, our names come to feel like US.

As Aurora told Mic, "It feels like me, because I have been able to embody the uniqueness and make it my own." We all do — even if you're an ever-popular Noah or Emma.