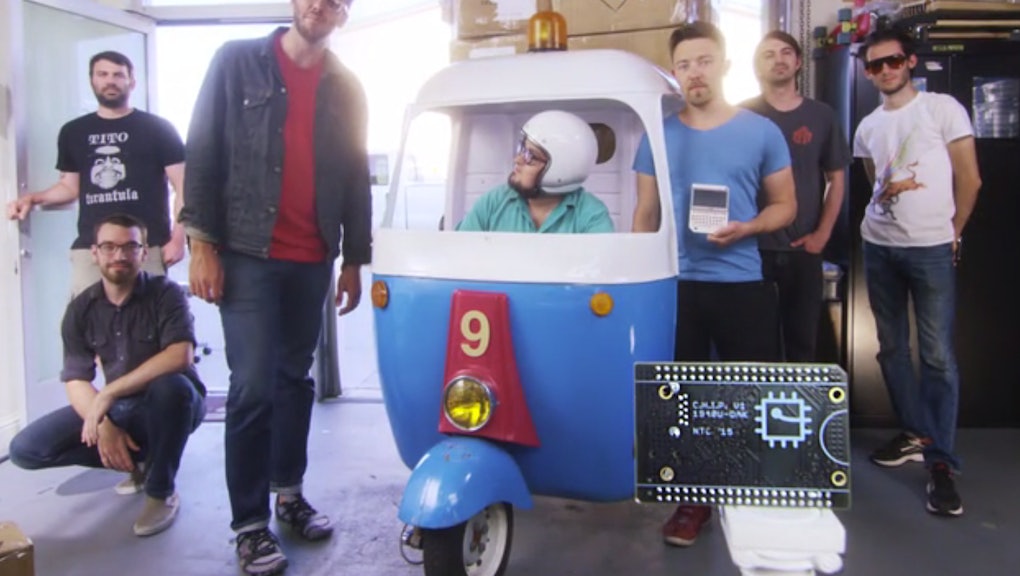 This Revolutionary Computer Just Raised $1.2 Million on Kickstarter — And Here's Why

Meet the smallest, cheapest and possibly most world-changing computer to date. CHIP is a tiny machine that can do everything a regular-sized computer can do: It surfs the Internet. It runs an office suite. It connects to a keyboard to make music. It plays video games. It teaches users to write code. And five days after going live on Kickstarter, it's already raised $1.2 million — because CHIP is set to sell for just $9.

How it works: Like its ancestor, Raspberry Pi, CHIP is a bare-bones computer running the open-source software Linux, meant to be cheap enough to be used to aid software development — but also to be the brain in anything from a robot to a dog-treat dispenser. However, while Pi averages about $40, CHIP is supposed to sell for less than a quarter of that.

In the CHIP Kickstarter video, the team at Next Thing Co. say they'd be able to achieve this price by buying all the components in serious bulk. The group asked for $50,000 in funding for other labor and behind-the-scenes costs — and it hit its goal on May 7, the very first day of fundraising.

For hackers or anyone interested in coding, this is a dream product: a surprisingly powerful machine in a tiny, cheap package. Its specs are nothing to sneeze at.

It's also more functional than you might think. CHIP can do anything your home computer does, give or take a little memory capacity. But it can be connected to external monitors, hooked up to Wi-Fi, tethered to a wireless keyboard or video game controller via BlueTooth or plugged into Pocket CHIP, a wallet-sized piece of hardware that looks like a mashup of an old calculator and a Blackberry phone — essentially, a completely self-contained computer.

CHIP is more than just a toy. It changes how we conceive of what a powerful computer can be and do — and due to its impressive price, it reduces the risks and costs of providing access to computers. Along with Facebook's Internet.org, or the radio wave-based Internet company Outernet, CHIP could be another step on the road to creating a more connected and informed international community — as soon as international shipping costs go down.