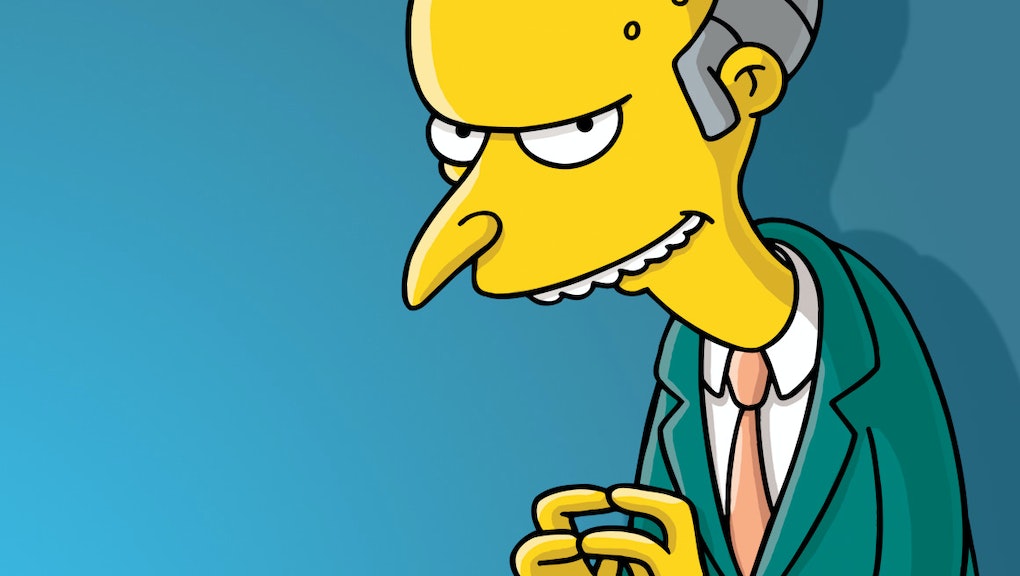 The Voice of Mr. Burns Is Leaving 'The Simpsons' — Here's What We Know So Far

The Simpsons is saying goodbye to one of its core voice actors, and the news is making fans say "boo-urns."

Late Wednesday night, Harry Shearer tweeted he was let go from the show because he wanted "the freedom to do other work." In a trio of tweets, he expressed disappointment but thanked fans for their support over the past 26 seasons. In the hours since, however, Shearer's narrative has come under fire, and the fate of his characters remains somewhat in question.

Much of the challenge has come from Simpsons showrunner Al Jean. In a statement emailed to the New York Times, Jean indicated the departure was about money. "Harry Shearer was offered the same deal the rest of the cast accepted, and passed," he said. "The show will go on and we wish him well."

On Twitter, Jean has stuck to the financial narrative, indicating Shearer was offered the same contract as the other core voice actors, including Dan Castellaneta, Nancy Cartwright, Yeardley Smith and more. "My dream in life is for someone to treat me the way The Simpsons treated Harry," Jean said in response to a fan who claimed Shearer was being treated poorly on Twitter:

Unsurprisingly, Shearer has countered, saying on Twitter he absolutely did not leave for financial reasons.

For his part, Jean is leaving open the possibility of Shearer's return. If he doesn't, though, the plan is to recast his characters with new voices. "We do not plan to kill off characters like Burns and Flanders but will recast with the finest voiceover talent available," he told the New York Times.

That will be quite a task for The Simpsons producers, and not simply because they'll have to find new voices for 22 characters. These aren't minor characters, either, but major icons like Burns, Ned Flanders and more. While they could indeed recast, The Simpsons would, quite frankly, never be the same. There'd be too many holes and impostor voices to ever quite sound right.

As the story progresses, the narrative will likely settle and determine how money is involved and whether a compromise can be reached. For Jean, as well as creators James L. Brooks and Matt Groening, getting Shearer back may be the only way to keep the show as it should be.