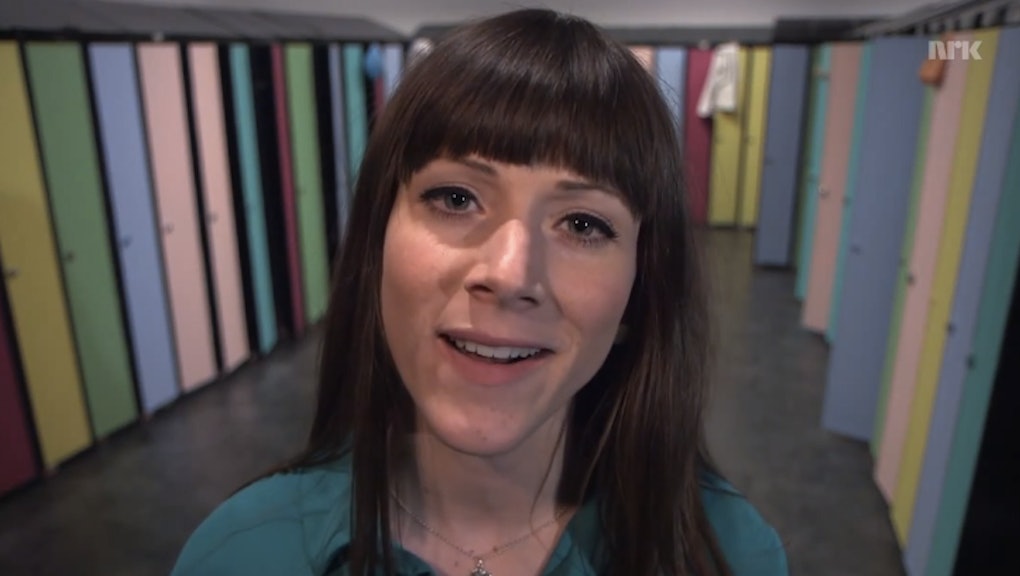 Sex in America is a paradox: Hyper-sexualized images are everywhere, but we maintain a largely puritanical approach to sex itself, exemplified by our commitment to abstinence-only sex education. But not all countries view sex the same way, as a new, straightforward Norwegian sex education video demonstrates.

"You don't just change appearance," Jansrud says, according to an English translation. "You change as a human being as well ... And that's because your brain changes." Right from the top, her explanation shatters moralistic shame about puberty and sex by emphasizing that it's a biological, normal process.

Puberty creates new desires, like hand-holding and fondling, which can be pleasurable, she adds. Importantly, she notes that these "crushes" can be heterosexual, homosexual or bisexual. "There are so many possibilities," Jansrud says. "Only you can find out who you like."

Jansrud even addresses the fact that sex can be had for pleasure — not just procreation. "Muscles in your pubic region contract, and a wonderful feeling rushes through your body," she says, describing the mechanics of an orgasm.

Of course, there is an age of consent (16 in Norway), and there's no reason to rush, Jansrud reminds viewers. It's also crucial to use contraception, she adds.

While Facebook removed a clip from the show about menstruation in April, some Facebook commenters have responded positively to the new video. "I am genuinely proud of the fact that ... Norway is leading the way here," wrote one commenter, according to the Daily Dot's translation.

Leading the way: Scandinavian countries are generally known for having a much more honest, comprehensive approach to sex education, which seems to be working: Norway's teen birth rate is more than four times lower than the rate in the United States as of 2013. Meanwhile, U.S. teens were also less likely to use contraception and have higher rates of STDs, according to RH Reality Check. Norway specifically has integrated comprehensive sex education, including "all main biological, biomedical, psychosocial, ethical and personal relationship topics," according to the SAFE Project.