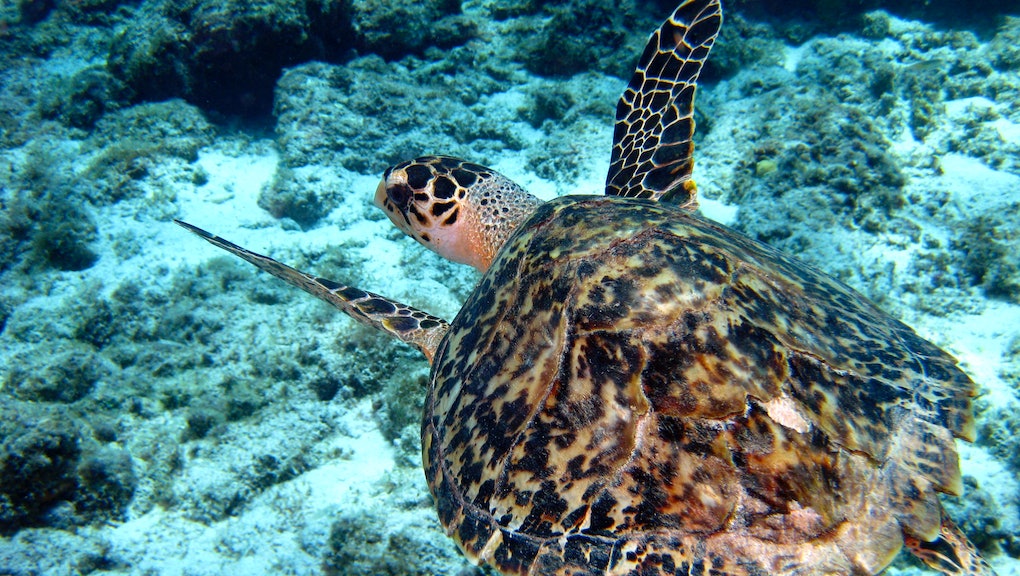 Friday is Endangered Species Day, when the United States government "recognize[s] the national conservation effort to protect our nation's endangered species and their habitats." The tradition shines a much-needed light on the tragedy of animal extinction.

Extinction is a global crisis. While poaching often makes headlines thanks to gruesome images, habitat loss and environmental pollution are also killers. Climate change, in addition, might cause as many as 1 in 6 animal and plant species to become extinct.

"When they go extinct, that's it. Very few leave a fossil record behind, so everything they could have taught us disappears with them." Quentin Wheeler, President of the State University of New York College of Environmental Science and Forestry, told Mic. "Every species that goes extinct is a chapter in the story of our origins that we'll never be able to tell."

Here are 10 animals classified as "critically endangered" by the International Union for Conservation of Nature and Natural Resources. The rating is the most severe the organization can bestow short of "extinct in the wild." To borrow Wheeler's wording, they are 10 chapters on the brink of vanishing.

In a country where traditional medicines made from exotic animal parts can catch a hefty price, it is a small miracle the South China tiger didn't disappear long ago. The species, as its name suggests, is native to the southern Chinese provinces of Fujian, Guangdong, Hunan and Jiangxi. Though the species had a population of over 4,000 in the 1950s, a 2004 study suggested there were no longer any viable wild populations, and that the species' only hope was reintroduction from among the captive population.

While Africa's elephant populations are not in as dire shape as its rhinos, a look east to the Indonesian island of Sumatra shows a starkly different picture. As more and more Sumatran forest becomes converted for agricultural uses, the elephant has faced a critical loss of habitat. Well-meaning government efforts to protect the species actually exclude 85% of the elephants' habitat from officially protected areas. A 2007 study estimated there were less than 2,800 remaining in the wild.

The world's rarest cat saw a major population resurgence in 2015, with at least 57 confirmed animals in Russia, one of its primary habitats. That tiny figure, amazingly, was almost double a 2007 estimate of just 30. The leopard, which is endemic to the forbidding landscapes of southern Siberia, northeast China and the Korean Peninsula, has benefited from the unlikely refuge of the Demilitarized Zone separating North and South Korea. Conservationists hope to reintroduce the animal into the wild using captive populations.

The Atlantic goliath grouper, a hulking 800-pound tree-stump of a fish, may be doomed because it is too badass. Since few other animals generally have the stomach for picking a fight with a fish that can casually devour a shark, the grouper developed a fearless personality. Unfortunately, that, combined with its natural inquisitiveness, made it an easy and popular catch for Florida hunters during the 20th century. After dramatic population declines, the U.S. issued a moratorium on hunting the big fish in 1990, but the animal remains critically endangered.

Also known as the vaquita (Spanish for "little cow"), the Gulf porpoise is now one of the rarest mammals in the world, with a global population estimated at under 100 in 2014. The precariously low numbers add inbreeding to a list of potential threats that includes habitat loss, environmental pollution and being accidentally caught in fishing nets. Today, the last remaining porpoises live in North America's Gulf of California. Barring drastic conservation efforts, National Geographic estimates the last of them will likely disappear by 2018.

Once widespread across North Africa, Europe and the Middle East, 95% of the wild population of the Northern bald ibis is now confined to "one subpopulation in Morocco." Even there, numbers have fallen into the low hundreds. It has not helped that much of the bird's original habitat has been in nations consumed by war and civil unrest. Syria, for example, has seen its number of wild ibis plummet in the last 30 years. Today, the species' best hope for survival is carried out through breeding in captivity. Attempts are currently underway in Austria, Spain and Italy to breed the animals for reintroduction into the wild.

The majestic Hawksbill turtle gets its fierce name from a beak-like mouth used for plucking food from coral reefs, lagoons and mangroves. If untouched by humans, a Hawksbill typically lives between 30 to 50 years in the wild. But the estimated 20,000 to 23,000 nesting female population is most threatened by hunters seeking their alluring brown and gold shells. Hawksbill shells, often used in jewelry, are especially popular in Japan. Between 1950 and 1993, the country imported more than 1.3 million shells, playing a direct role in the species' decline.

No list of critically endangered animals would be complete without east and central Africa's black rhinoceros. The species has made headlines in recent years because of the black market value of its horns, which are used in traditional Asian medicines. Many subgroups of the black rhino, like the Western black rhino, have already been declared extinct. To deter rhino poaching, conservationists have gone to extreme measures, including armed guards and flooding the market with fake horns. SaveTheRhino.org estimates there are barely more than 5,000 remaining black rhinos in Africa, while the overall global rhino population hovers below 30,000.

The sloth, which is only found on Panama's uninhabited Escudo de Veraguas island, faces habitat loss from timber farmers and, like other species whose populations tumble, lack of genetic diversity. A 2012 study found fewer than 80 sloths on the island.

Despite its name, the Chinese pangolin can be found throughout a vast tract of Asia stretching from Nepal to Taiwan to Burma. Its popularity as food in China, as well as the use of its distinctive scales for traditional medicine, have led to steep declines in the species throughout the continent. The animal is now so rarely observed that reliable estimates of its population are impossible. One 2005 study, however, estimated their numbers in China had fallen by as much as 94.12% since the 1960s.