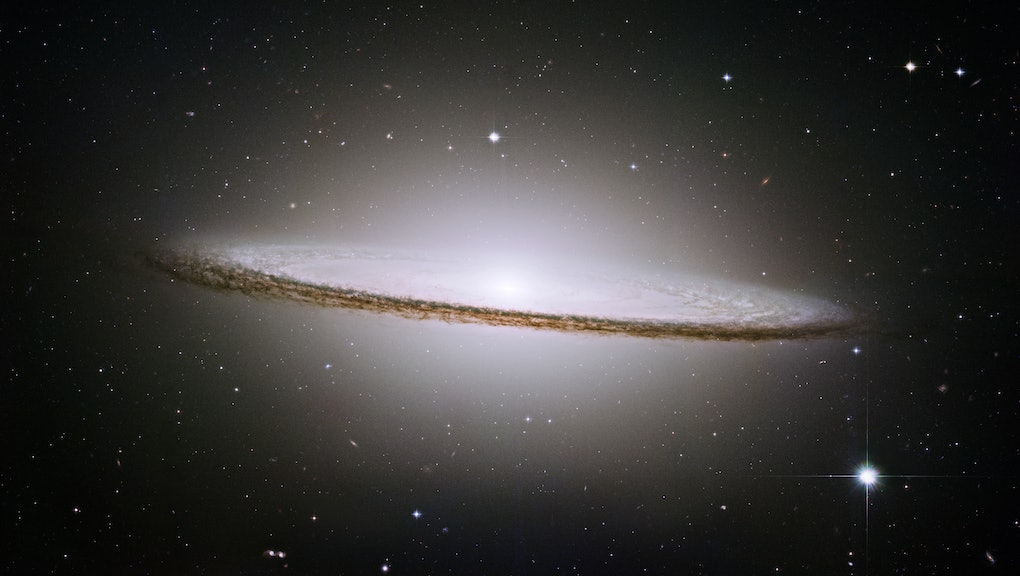 9 Stunning Comparisons Show How Massive the Universe Really Is

The scale of the universe is almost beyond our imagination.

The universe keeps expanding (at 42.5 miles per second per megaparsec), and we constantly form new hypotheses about how it was created and what will happen next. Our farthest space probe from Earth, the Voyager 1, is traveling a million miles a day, and after nearly 40 years, has barely left our solar system. It was only late last month that scientists peered 50 million light-years away to find an extremely rare globular cluster, with far more mass than the Sun, that could birth stars and help explain how galaxies form. There are so many secrets waiting to be unlocked out there in the vastness of space.

Here are some shocking comparisons about the size and scope of the universe that help put it in perspective.

1. About 500,000 people are born or die in a single day. In that same time, 275 million stars in the observable universe begin or end.

2. If you flew around the world in a commercial airliner, at 550 mph, and didn't need to stop for fuel, it would take less than two days. If you could fly the same plane to the Sun, it would take more than 19 years.

4. When people take a trip to the country and look up into the vibrant night sky, at most, they see 2,500 stars. There are 80 million times more than that in the Milky Way, beyond human sight.

5. There are about 7.2 billion people on Earth. That means there are nearly 28 times more stars in our galaxy than there are people.

6. There are more than 1 billion cars on planet Earth. For every one car, there are probably 200 galaxies in the observable universe.

8. Mount Everest is massive. There's a mountain three times as tall on Mars.

9. We have only ever experienced one planet. There are 40 billion Earth-sized planets out there that could sustain human life.