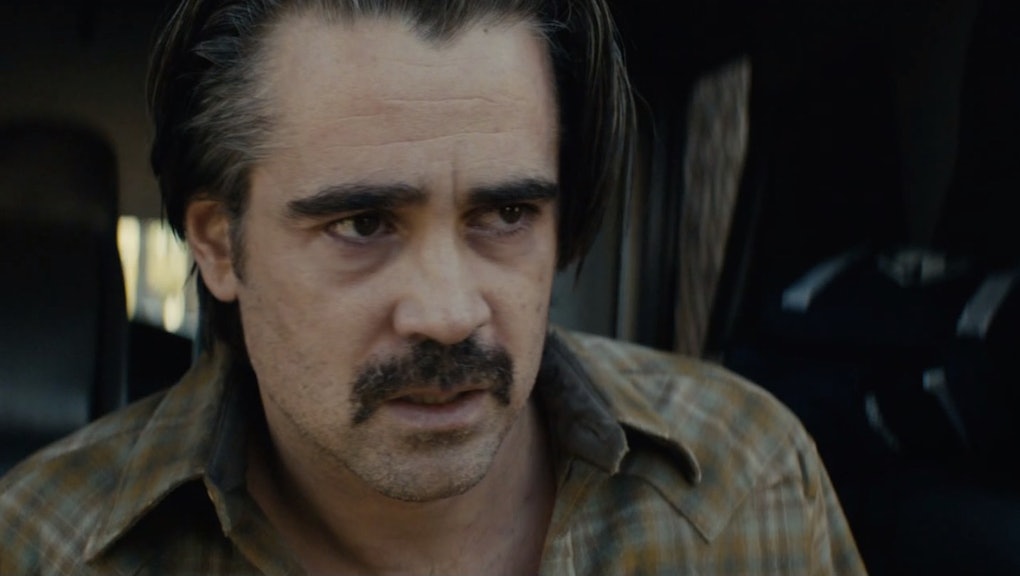 Forget "Time is a flat circle." This year, the hot bit of pop philosophy is "We get the world we deserve."

On Thursday, HBO released the first full trailer for True Detective's second season. By the looks of it, the new season seems to be roughly the same content, but set in California and with a totally new cast. If you're a fan, that sounds amazing. If you're not a fan, this trailer is not going to win you over.

The dialogue is just as meandering — or, more generously, searching — as it was in the first season, but this time it's Colin Farrell and Vince Vaughn spouting it. Farrell seems to be in full Matthew McConaughey mode here, while Vaughn is the clear Woody Harrelson stand-in.

Of course, this season has two more lead characters than the last. While it's hard to tell exactly what Taylor Kitsch is up to in this trailer (besides looking hunky), Rachel McAdams is already kicking ass.

True Detective was dinged in its first season for not caring about its female characters, a charge that hung over controversial creator Nic Pizzolatto's head as he prepared to cast the second season. McAdams' inclusion is a good sign — hopefully her characterization will be as impressive as her knife skills are.

The bottom line: True Detective is never going to be for everyone. Yet for its target audience, this should give hope that season two is going to live up to everyone's wildest dreams.