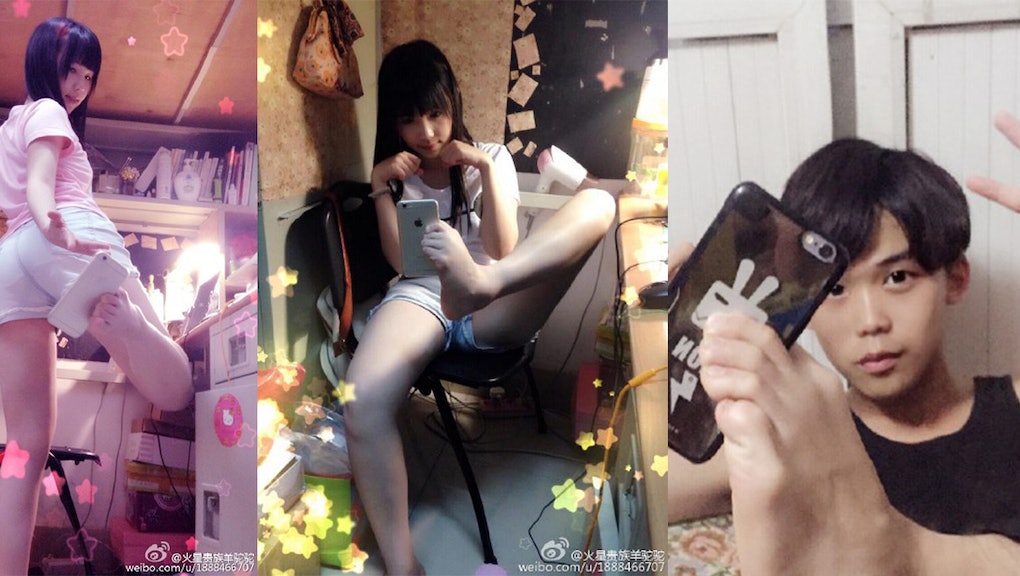 Teens in China Found a Brand-New Way to Take Selfies

Forget about the selfie stick. Who needs one when you've got your bare feet?

Over on Weibo, China's version of Facebook, young men and women are taking the selfie to the next level by holding their phones between their toes and snapping photos. It's actually very hard to do — especially if your lack of flexibility leaves you looking pretty foolish at yoga.

Here's how to do it, as demonstrated by a 20-year-old in Guangzhou:

Another example, from a fellow 20-year-old in the same city:

This technique is not for the faint of foot: People who attempt the challenge warn against cramping, sore ankles, phone slippage and an inability to focus the shot.

Meg Murphy at RocketNews24 tried it for herself:

While I was able to get a decent grip on my phone with my toes, when my toes touched the screen the brightness settings would keep popping up. I put some socks on, thinking the fabric would solve that problem, but not only did it not even fix the original issue, it made holding the phone even more difficult.

It turns out that the easiest way to do it is to set a timer on the camera, then position it just right with your toes and wait for the countdown. This kid's technique is flawless. See where his big toe is? There's no way it's on the shutter. He's simply turning his limbs into a more functional selfie stick.

This is the most impressive feat of selfie acrobatics we've seen since the #SelfieOlympics of 2014, which saw teens from all around the world contorting themselves into wild aerial positions, then snapping photos at the perfect time. Some of these selfies defy logic and gravity.

It's also a fun variation on the "Forever Alone Fail" meme that took over Japan in 2013.

Yet there's something about the foot selfie (felfie?) that's just as impressive as these high-flying stunts. The casual toe-tapped iPhone photo has chill. Its difficulty is understated. Like all fascinating self-portraits, the foot selfie hints at something more interesting outside the frame.