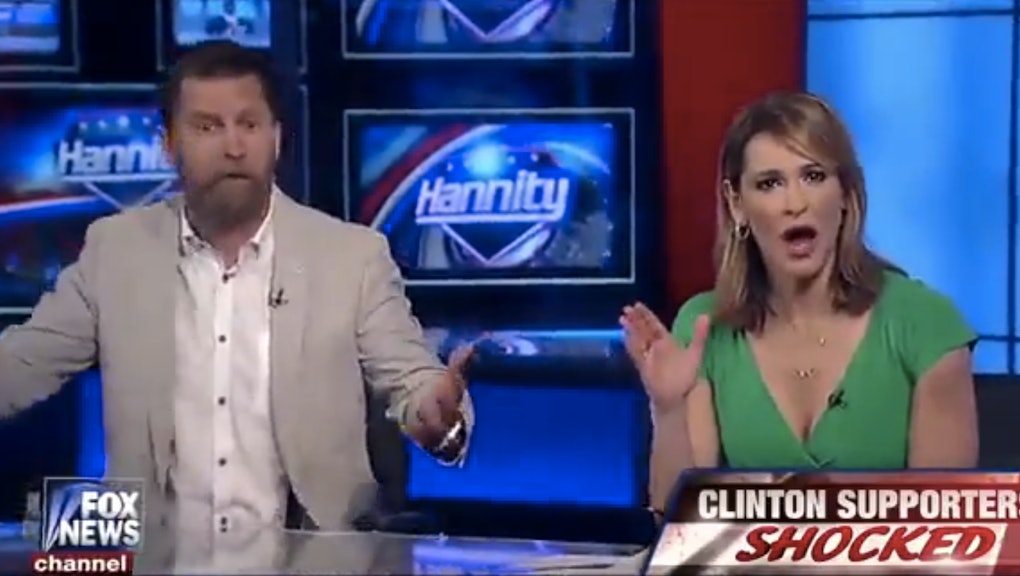 After an opening act featuring a widely debunked claim Hillary Clinton paid her female staff less than her male staff, things got nasty, with McInnes telling Holder he believed women were less ambitious than men in the workplace.

"They would rather go to their daughter's piano recital," McInnes said.

McInnes even turned his comments away from the general "women" and directly at Holder.

McInnes also added that America's famous wage gap was likely a result of "God's way" and "women should be at home with the kids." A clearly stunned Holder came back with a perfect response.

This is not the first time McInnes, who left Vice several years ago, has landed in hot water for his unscientific opinions about women. In a 2013 interview with HuffPost Live, he called a female panelist a "fucking idiot" and, in comments similar to the ones he made on Fox, said "women are forced to pretend to be men," and it was making them "miserable."

Women, in fact, are just one of the groups that have found their way into McInnes' line of fire. In August 2014, he published a now infamous piece in Thought Catalog titled "Transphobia Is Perfectly Natural." "Haven't you seen all the totally functional, happily married, normal trannies walking around?" he wrote. "They aren't all dead." Viewers looking to find the story on Thought Catalog's website today are instead greeted with a black and white warning page documenting Internet criticism.

At the end of the day, McInnes is just another anti-feminist troll. What makes him particularly dangerous, however, is his continued ability to find willing platforms for him to spew his invective. While it's always true "haters are gonna hate," they shouldn't be given a public forum for doing so.