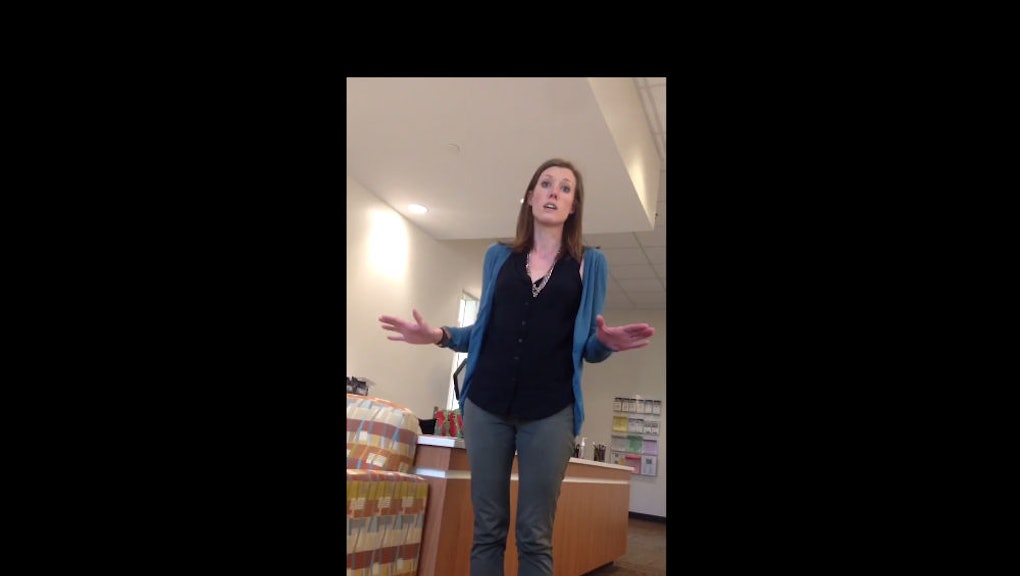 A black student at Kennesaw State University in Georgia walked into the school's advising office to ask a few questions. But he probably didn't expect his simple request to escalate into a security matter.

Kevin Bruce, a rising senior, waited to see when his adviser would be free for a brief word. Instead, KSU director of advising and internships Abby Dawson stormed out of her office, admonishing Bruce for waiting, and claimed he was harassing his adviser.

"You will not harass Mrs. Tilley like that." Dawson, says in a video Bruce posted on Twitter late Wednesday. "I will call security. You can fill out the form just like everybody else does." Although Bruce says that he's just waiting to talk to an adviser, the exchange escalates. "Sitting here until somebody's available ... is harassing them," Dawson says. Moments later, Dawson leaves, telling Bruce she's calling campus security.

For some viewers, the videotaped confrontation is a chilling example of racial bias. On Friday afternoon, KSU spokesperson Tammy DeMel said Dawson has been placed on administrative leave while the university continues a comprehensive investigation.

Is it about race? Bruce told Atlanta's WAGA-TV he knew things would go downhill when the front-desk assistant said she'd get Dawson, because he's had issues with her for several months. Anticipating what he described as Dawson's "attitude" problem, Bruce filmed their interaction so he could show administrators. He even tweeted screenshots of a previous exchange to further prove his point.

"I know you have to set up a meeting but when you have a couple questions, I feel like they could've took two minutes out of their time to speak to me," Bruce told WAGA-TV. "As a student, I'm paying tuition at Kennesaw State University, and there's really no excuse for that."

In a statement emailed to Mic, university spokeswoman Tammy DeMel said officials are reviewing Bruce's concerns regarding the incident, noting that school officials "take seriously all student concerns and are dedicated to promoting a positive academic advising experience for all students."

Although Bruce tweeted he doesn't think his experience is a racial issue, others understand the incident differently. For some, the rush tendency to call the police on a black student seeking help reinforces the criminalization and overpunishment that many black young people experience on a daily basis.

After the video went viral, KSU students and others began speaking about issues with advisement and racial hostility on college campuses, using the hashtag #ItsBiggerThanKSU to illustrate the broad scope of the matter.