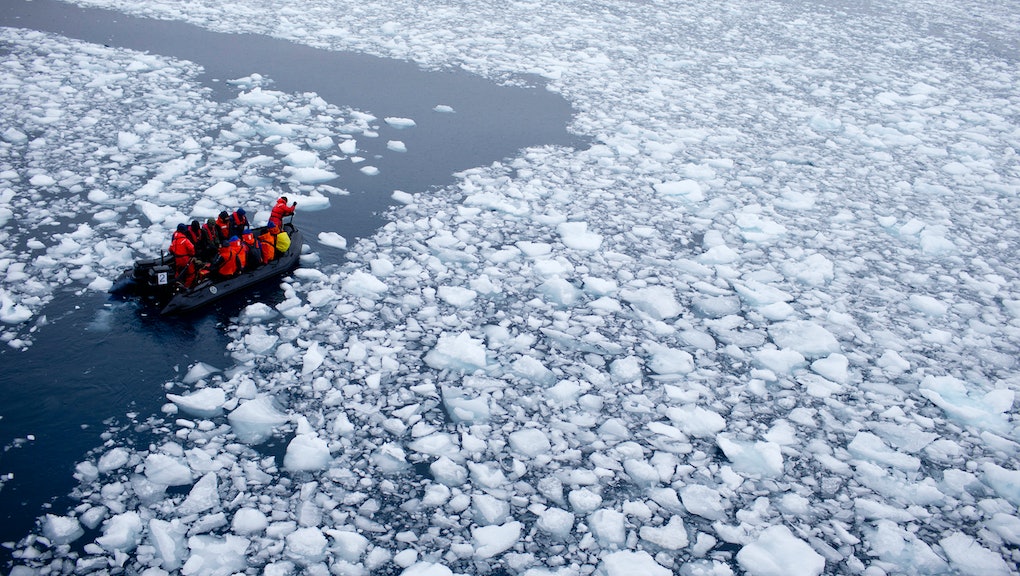 A research team working for NASA's Jet Propulsion Laboratory has found that the last remaining section of the Antarctic Peninsula's Larsen B Ice Shelf is likely to collapse and disintegrate entirely before the end of the decade.

Using a combination of instrumented aircraft and space-borne synthetic aperture radar, NASA scientists led by Ala Khazendar collected data on the state of Antarctic ice and reached the dismal conclusion that Larsen B is worse off than previously thought. Following the shelf's unexpected partial collapse in 2002, the segments that survived are doomed.

In a news post on the agency's website, NASA warned that the ice shelf is "developing large cracks" and that two of its tributary glaciers are "flowing faster and thinning rapidly." What remains of Larsen B is "about 625 square miles (1,600 square kilometers) in area and about 1,640 feet (500 meters) thick at its thickest point," but a huge rift is growing near the iceberg's grounding line, where the shelf begins to overhang the ocean instead of solid rock.

Here's what the original collapse looked like, back in 2002:

The risk: "What might happen is that for a few years, we will have the detachment of big icebergs from this remaining ice shelf, and then at one point, one very very warm summer, when you have lots of melting of the surface, the whole thing will just give way, and will shatter into thousands of smaller icebergs," Khazendar told the Washington Post.

Fortunately, the melting of the ice shelves will not increase sea levels immediately since they already float in the ocean.

But after the collapse, the glaciers that once fed into it will instead move faster as they dump directly into the sea, directly contributing to subsequent global sea level rise. Several of the main glaciers that feed Larsen B have already dramatically thinned and accelerated.

Another study suggested that the nearby Larsen C ice shelf, a much larger mass that remained stable during the collapse of Larsen A and B, is itself disintegrating and may be gone within decades. Glaciologist David Vaughan told Euronews that if Larsen C melts, "we expect that the sea-level rise around the world will be something in excess of 50 cm higher by 2100 than it is at present and that will cause problems for coastal and low-lying cities."

The collapse of the ice shelves is thought to be the result of both surface warming and disintegration from below due to warmer sea water. Though Antarctica is currently only making a minor contribution to rising oceans, the rate could increase in the future. Scientists are worried about the possibility that what is currently happening to the Larsen shelves could reoccur across the entire continent over the course of the coming century.