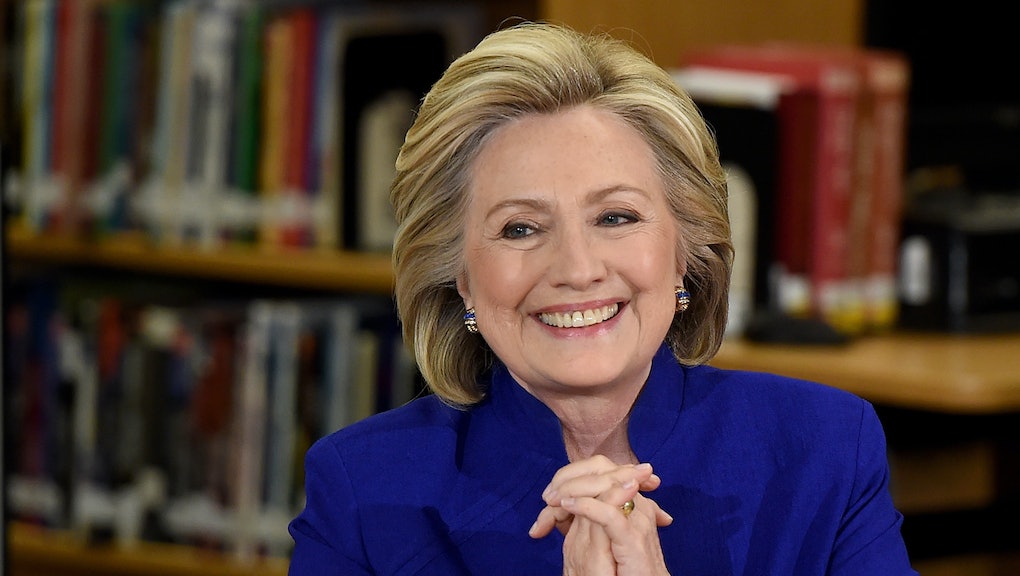 Financial disclosure forms filed by the Clinton family on Friday reveal what most people already suspected: Hillary Clinton and her husband are not just rich, but positively dripping in cash.

The New York Times reports that Hillary Clinton and her husband, former president Bill Clinton, have made a handsome $30 million over the last 16 months alone, "mainly from giving paid speeches to corporations, banks and other organizations." Even among other candidates running in the race, this treasure chest stands out as particularly large.

The background: The news that the Clintons are rolling in money is not exactly a shocker, given their family's prominence in political fundraising and activism as well as their close ties to Wall Street and large financial institutions. Last year, the Washington Post reported that Bill Clinton alone had been paid about $104.9 million in exchange for 542 speeches around the world since leaving office in 2001.

Earlier this year, the Washington Post also reported that the Clinton Foundation had raised almost $2 billion in donations from a "vast global network that includes corporate titans, political donors, foreign governments and other wealthy interests." According to their report, nearly half of the major donors behind Ready for Hillary (now known as Ready PAC) had given at least $100,000 to the Foundation. Foreign countries and individuals ineligible to donate to American political campaigns had shown their support for the Clinton family by making large donations to the foundation.

Critics are calling the foundation's fundraising activities a major conflict of interest, but have not been able to demonstrate that Clinton acted inappropriately.

What it means: There's no reason whatsoever to suspect that any of this money was ill-gained. But in a campaign season that is increasingly taking on a populist tone (just look at Bernie Sanders!), Clinton's good fortune might come across as unseemly.

Further confirmation that the Clintons are indeed ultra-wealthy is likely to help right-wing politicians mount attacks intended to paint the former secretary of state as aloof and out-of-touch with ordinary Americans. The Clinton camp won't be helped by a widely circulated 2014 interview with ABC News in which Clinton referred to herself and her husband as "dead broke" upon leaving the White House, a remark apparently intended to ingratiate Clinton with middle-income Americans following the Great Recession.

Still, Republicans have their work cut out for them. The least wealthy GOP candidate for president, Florida Sen. Marco Rubio, was recently reported to have a net worth of $300,000 to $840,000 in 2014. But others in the race, such as former Florida Gov. Jeb Bush and Arkansas Gov. Mike Huckabee, are also millionaires. Furthermore, the palpable influence that a handful of billionaire mega-donors are exerting on the Republican primaries has already resulted in embarrassing competition for the favor of rich donors like the Koch brothers. So if Clinton's piles of gold are the hill the GOP wants to fight on, it's going to be a bitter battle to the end.