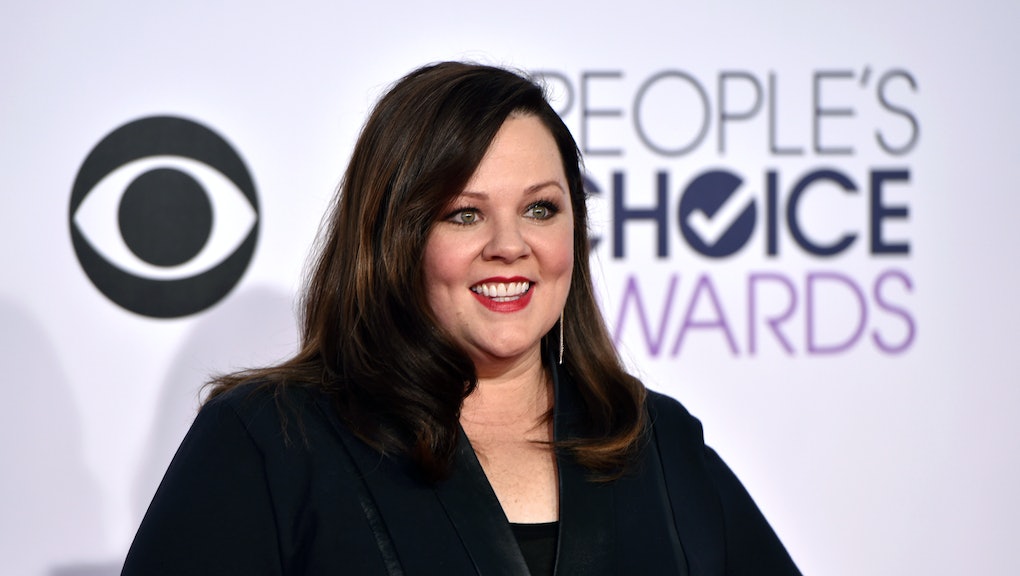 Melissa McCarthy is fed up with Hollywood misogyny.

In a recent interview with Entertainment Weekly, the actress sounded off on the movie industry's deeply-rooted culture of sexism and objectification.

"It's an intense sickness," McCarthy told the magazine. "For someone who has two daughters, I'm wildly aware of how deep that rabbit hole goes. But I just don't want to start listening to that stuff. I'm trying to take away the double standard of 'You're an unattractive bitch because your character was not skipping along in high heels.'"

That double standard is real, and it hurts. McCarthy described to EW an incident last year in which she confronted a film critic who had lambasted her film Tammy in part because she looked "homely" in the role. The actress asked him whether or not he had a daughter, then called him out for sending the message that women are only as valuable as their attractiveness to men.

"Would you say that to any guy?" she demanded of the critic. "When John C. Reilly — or any actor — is playing a character that is depressed and dejected, would you say, 'Well, you look terrible!'?"

"Watch what you say to [your daughter]," she continued. "Do you tell her she's only worthwhile or valid when she's pretty?"

This isn't the first time McCarthy has run up against industry sexism and walked away the victor. In 2014, the Los Angeles Times reported that after multiple designers refused to create clothes for the plus-size star, McCarthy teamed up with dressmaker Daniella Pearl to form her own clothing line.