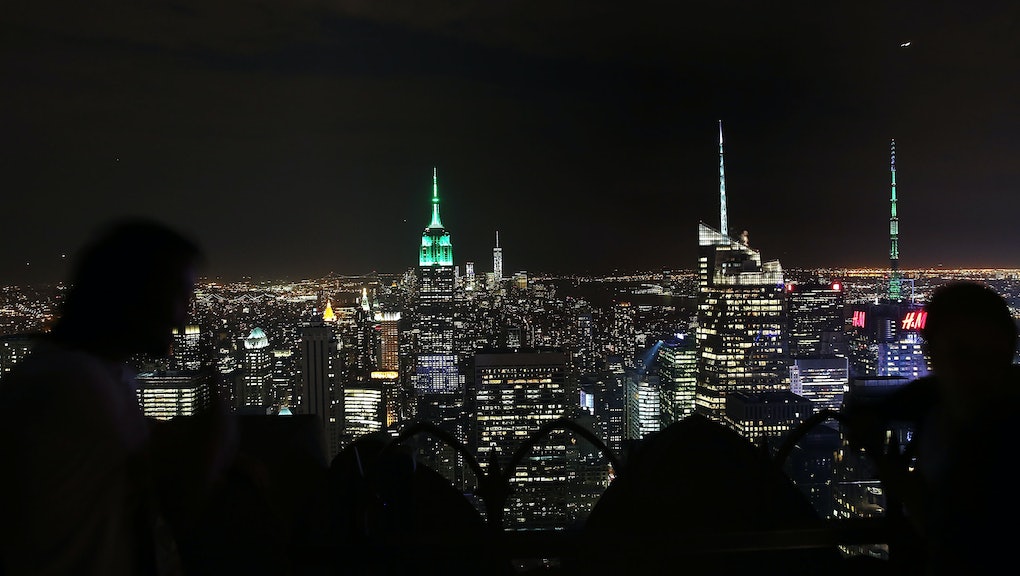 You can now watch history unfold from the comfort of your computer screen.

Researchers at the University of Washington have developed a new technique called "time-lapse mining," which uses a set of complex algorithms to collect millions of public photos in order to turn them into sprawling time-lapse clips. Using sites like Flickr and Picasa, the algorithm sorts through photos of famous landmarks — waterfalls, glaciers, buildings — and arranges them by date, giving us a remarkable look at how they change over time.

Take a peek at the Goldman Sachs Tower in New York City, which was under construction from 2005 to 2009:

Unlike traditional time-lapse photography, which requires the same camera to be stuck in one place for an extended period of time, researchers have figured out a way to utilize nearly 86 million different photos to create a similar effect.

The researchers — David Gallup, Steven Seitz and Ricardo Martin-Brualla, who was an intern at Google when he began the work — explained the process in a recent paper:

First, we cluster 86 million photos into landmarks and popular viewpoints. Then, we sort the photos by date and warp each photo onto a common viewpoint. Finally, we stabilize the appearance of the sequence to compensate for lighting effects and minimize flicker.

"We see the world at a fixed temporal scale, in which life advances one second at a time," they wrote. While it's impossible to record the exact progression of history as it happens, "these ultra-slow changes are documented by the billions of photos that people take over time," which is near-perfect source material with which to track change.

The team created 10,728 time-lapses across 2,942 landmarks; an average time-lapse with 1,000 source photos took the computer about six hours to complete. "While the algorithms can be optimized a lot more for efficiency, we point out that a few hours is negligible compared to the time period of several years it took to capture the photos," they noted.

While they encountered some difficulties, including finding images of the same landmark shot from the same viewpoint, the lack of creativity on the part of the human race made their job easier. As it turns out, a lot of people simply take a bunch of different versions of the same exact photo.

If you've ever photographed one of these sites and plunked it online, you've become an unwitting documentarian of change over time at some of the world's best-known landmarks.