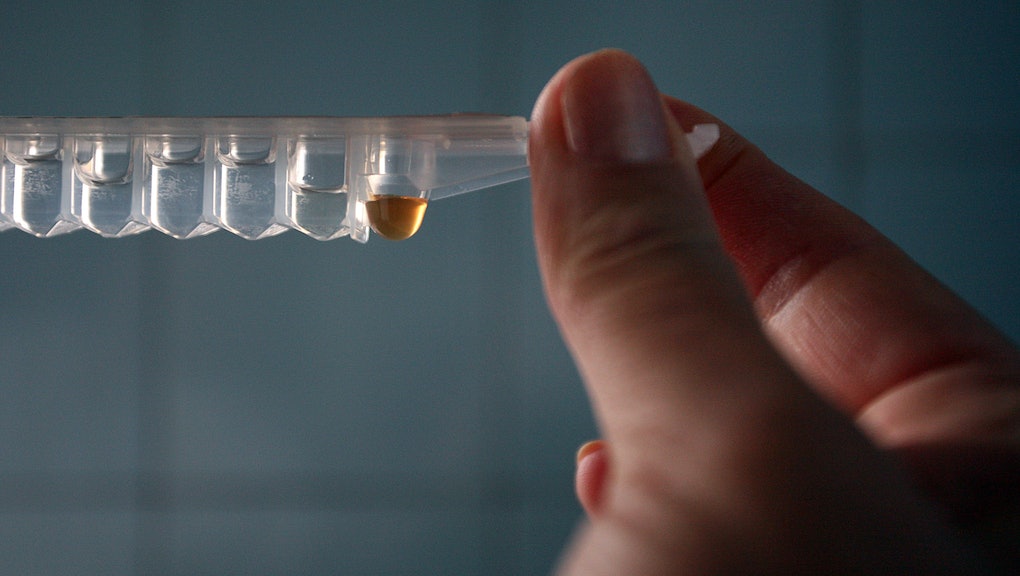 Since arriving at the university in 2006, millions of dollars in grants from the National Institutes of Health have helped the researcher continue his previous work developing vaccine candidates that could help doctors prevent the spread of one of the world's most devastating viruses.

According to a university press release, the vaccine currently under consideration is a rewrite of a previous vaccine called AIDSVAX, which Berman designed while working for Genentech in the 1990s. One large-scale trial of 16,000 people in Thailand from 2003 to 2009 demonstrated that AIDSVAX had a 31% success rate preventing new HIV infections, the only time any HIV vaccine has worked.

But 31% wasn't good enough for regulatory agencies, which require a vaccine provide at least 60% protection against new infections. Instead of starting over, Berman slowly refined his vaccine to produce far more potent antibodies capable of attacking the HIV virus. Because HIV can mutate randomly and rapidly, these "broadly neutralizing antibodies" are critical to making the vaccine more effective.

What makes this different? By focusing on the key element of precise sugar molecules on the vaccine's surface, Berman believes his vaccine will be able to penetrate the exceedingly complex surface of the HIV virus molecules and bind the antibodies to the virus to destroy the cells before they take hold and infect the carrier.

Though progress on this type of work is slow, after 30 years, Berman is looking forward to testing the vaccine in a larger setting. The vaccine is on track to go to clinical trials within three years.

A global pandemic. It should come as no surprise that HIV/AIDS is one of the world's most serious and challenging medical problems. According to the World Health Organization, roughly 35 million were living with HIV/AIDS around the world in 2013, including 3.2 million children. That same year, 1.5 million people died from HIV-related causes.

Perhaps more alarmingly, according to UNAIDs, of those 35 million people, 19 million were not aware they were infected. Though there's been an increase in national and international campaigns encouraging people to get tested, part of the problem has been the stigma surrounding the disease and consequentially people's hesitance to get tested.

If Berman and his vaccine are successful, this may soon no longer be a problem, and the disease that was once the brunt of mounds of unscientific discrimination and stigma may be a thing of the past.