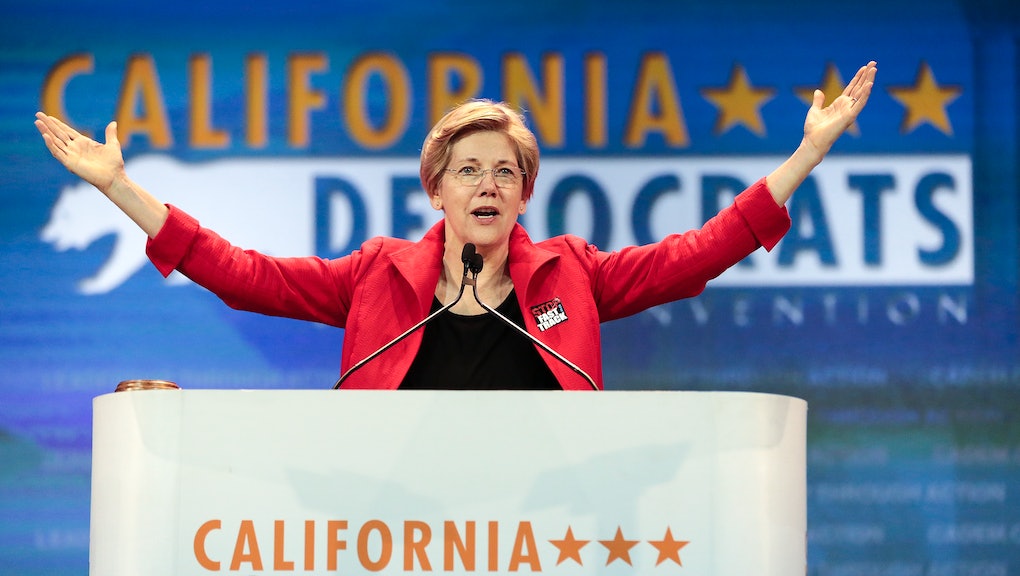 Sen. Elizabeth Warren (D-Mass.) is taking aim at one of President Barack Obama's most impassioned arguments in favor of a massive new trade deal, claiming in a report released Monday that protections for American workers included in any final deal could not be trusted.

Obama has repeatedly said the Trans-Pacific Partnership, which would govern nearly 40% of global trade, will be "the most progressive trade bill in history." The president has tried to persuade liberal critics of the agreement by highlighting stronger protections for workers at home and abroad, more robust environmental regulations and a better enforcement system than in previous deals, such as 1994's controversial North American Free Trade Agreement.

Warren isn't buying it. In her report Monday, she questioned whether the government has the will or inclination to actively enforce the protections promised by the White House.

Warren's case: "Again and again, proponents of free trade agreements claim that this time, a new trade agreement has strong and meaningful protections; again and again, those protections prove unable to stop the worst abuses," reads Monday's report, which prepared by Warren's Senate staff and includes information from the Government Accountability Office, the State Department and the Department of Labor.

"Lack of enforcement by both Democratic and Republican presidents and other flaws with the treaties have allowed countries with weaker laws and standards and widespread labor and environment abuses to undermine treaty provisions, leaving U.S. workers and other interested parties with no recourse," the report states.

The administration has, according to Department of Labor statistics cited in the report, successfully presented "only five claims against countries for violating their labor commitments." Before 2008, not a single complaint attached to any of the government's free trade agreements had led to litigation.

Road block: The report arrives as senators begin debate on a bill to give the president "fast-track" authority on the pending trade deal, a move that would cede all negotiating power to the White House. Congress could reject a multilateral pact in its entirety, but it would not be able to offer amendments. The administration, also under pressure from TPP partners eager to close the deal, does not want to return to the table without the support of Congress.

Last Tuesday, Democrats sent Obama a tough message when they gathered to block a motion that would have opened up debate over the bill on the Senate floor. The conference relented a day later, but the bill as currently written — the "fast-track" authority would extend beyond just this fight, likely into the next president's term — is a no-go in the House of Representatives, where an unlikely coalition of liberal Democrats, led by Minority Leader Nancy Pelosi (Calif.) and tea party Republicans concerned over opening U.S. borders to foreign goods, are lying in wait.

Rather than simply putting the screws to the pending deal, the 15-page report seeks to make the case that the White House is being dishonest about what the pact would mean for workers. In suggesting the U.S. government lacks any will or interest in prosecuting countries who violate the terms of a future agreement, Warren is actively questioning Obama's intellectual honesty. For Democrats, the pressure is on to take sides — this nasty fight has only begun.