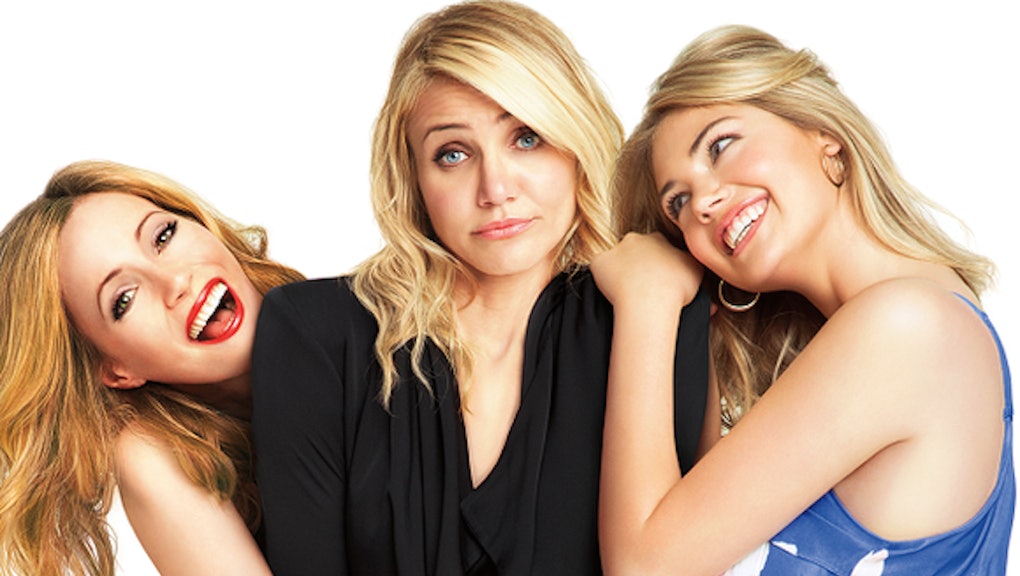 This summer, coming to a theater near you: Movies with women in them.

While female-dominated movies like Mad Max: Fury Road, Melissa McCarthy's Spy, box office hit Pitch Perfect 2, and Amy Schumer's Trainwreck will hit the big screen this summer, Hollywood still has a big problem with women on screen and behind the scenes. But simply increasing the number of female characters isn't going to fix this problem.

The underrepresentation of women in film is well-documented. According to a San Diego State University study evaluating onscreen representations of female characters in the top 100 films of 2013, "females comprised 15% of protagonists, 29% of major characters and 30% of all speaking characters." The figures are worse for women of color — while "73% of all female characters were Caucasian," only 14% were black, 5% were Latina and 3% were Asian.

The way to boost gender equality in the entertainment industry is not through quantity — it's through quality because simple addition does not solve any of its deep-seated problems:

Hollywood consistently offers a singular vision of a woman: young, white and trying to have it all. "Female characters remain younger than their male counterparts," according to the SDSU study, and that idea arguably serves most men's interests of gazing at young women on screen.

More than half of the female characters in 2013 were in their 20s and 30s, while the majority of male characters were in their 30s and 40s — indicating beauty is equated with youth and that older women don't have lives or stories worth telling. In the Guardian earlier this month, Charlize Theron called out the Madonna/whore complex to argue that Hollywood seems incapable of representing complex female characters on screen.

Hollywood's narrow views of womanhood not only limits the types of characters portrayed in films, but it ignores many potential and actual moviegoers. The 28- to 32-year-old single white Cosmo girl is not the only type of woman who buys movie tickets. A 2013 study on moviegoers found women make up slightly more than half of theater attendees, and that Latinos buy more movie tickets and go to the movies in a higher proportion than their overall populations. The most concentrated age group for moviegoers are in the 18 to 39 range, but people of all ages go to the movies.

3. It doesn't necessarily help the women behind the scenes.

Great storytelling relies on character complexity and nuance of plot, which is why having a one-dimensional female character on screen doesn't do much by way of representation. In a separate 2014 SDSU study on women employed behind the scenes in the top films that year, only 11% of writers in the top 250 films of that year were women. The dearth of female writers is one reason why the American Civil Liberties Union last week called for a federal investigation of sexism in Hollywood's hiring practices.

"We are not investing in women storytellers, nor giving them a fair shot to excel," Jennifer Siebel Newsom, director of the 2011 documentary Miss Representation, told MTV regarding sexism in the media. "We must commit to equalizing the playing field for women in Hollywood."

"Women comprised 17% of all directors, writers, producers, executive producers, editors and cinematographers working on the top 250 (domestic) grossing films," the SDSU study states. Movies with better representations of female characters require feminist production standards at all levels, from agencies, to directors, to studio executives and marketers. Yet as the recent Mad Max hit proves, these standards can be met by a person of any gender, though Selma director Ava DuVernay is one female filmmaker who has said she always brings her perspective as a woman to her work.

The real key is knowing how to shoot and edit female characters in a way that thoughtfully and honestly portrays both the depth and nuance of their character.

Jane Fonda said at the Cannes Film Festival that the entertainment industry's gender pay gap is "unacceptable," as reported by ABC. "We must be active in trying to create gender equity in terms of pay," she added. The pay gap is astounding in the film industry: the top-earning actors of 2013 made two and a half times more than their female counterparts. Only putting more one-dimensional female characters on screen does nothing to brige the gap.