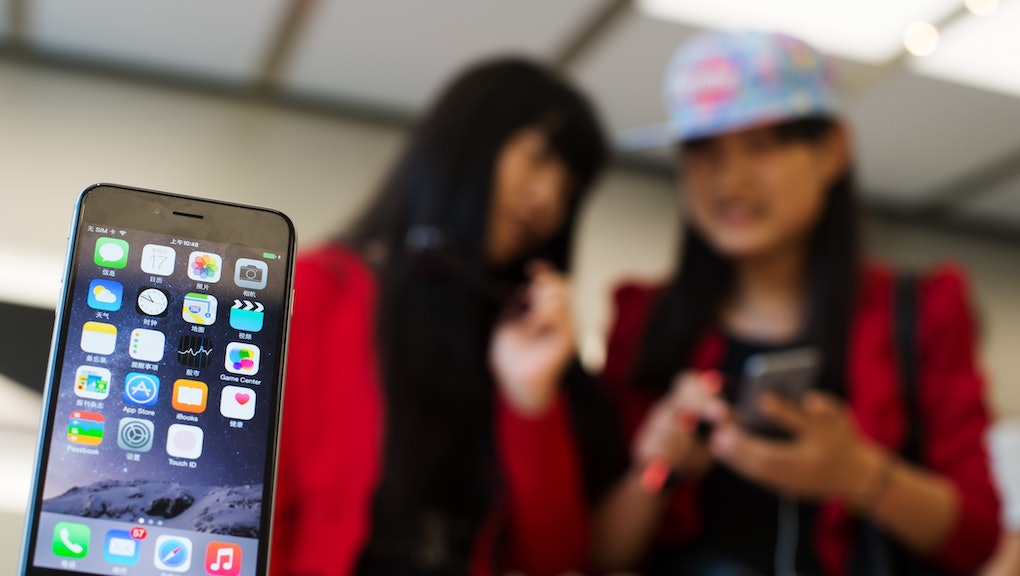 In what will likely add yet another layer to the debate over teens and cellphone use, a new study from the London School of Economics reports that snatching away access to mobile phones led to better academic performance.

Researchers reviewed past and present mobile phone policies at high schools in four English cities — Birmingham, London, Leicester and Manchester — and compared them with student academic performance dating back to 2001. By tracing the implementation dates of mobile phone bans and comparing them to subsequent academic achievement, researchers could measure how the gadgets affected teens' test scores.

Interestingly, the results were split along socioeconomic lines. The "most disadvantaged and underachieving pupils" saw a 14.23% improvement in their test scores, while students at the top saw virtually no difference before and after the phone bans.

"The results suggest that low-achieving students are more likely to be distracted by the presence of mobile phones, while high achievers can focus in the classroom regardless of the mobile phone policy," researchers Louis-Philippe Beland and Richard Murphy wrote.

They criticized a recent decision by New York City Mayor Bill de Blasio to reverse a 10-year ban on mobile phones in schools, noting that their evidence supports the opposite course. "Schools could significantly reduce the education achievement gap by prohibiting mobile phone use in schools, and so by allowing phones in schools, New York may unintentionally increase the inequalities of outcomes," they argued.

In fact, some teachers believe that mobile phone use in the classroom is actually better for their students.

"We have found that encouraging mobile device use has enabled our students to access resources that we cannot provide otherwise," Jo Debens, a geography teacher in the United Kingdom, told the Guardian. Nasim Jahangir, a business and economics teacher, told the publication part of the problem was the overly dismissive attitude some teachers adopt toward mobile phones.

"I am trying hard to get away from teaching from the front and putting the onus on the student. Students have their phones and in fact if you allow some use and take away the 'bogeyman' attitude they are generally quite mature about it," Jahangir said.

It's about balance. Mobile phones can be useful, and they can be harmful — like any other tool, it largely comes down to the person who's using it and what activities they're using it for. Given that nearly 90% of American teens have access to a mobile phone, full-on bans will look more and more outdated. Maybe schools ought to figure out what good phones can do instead.