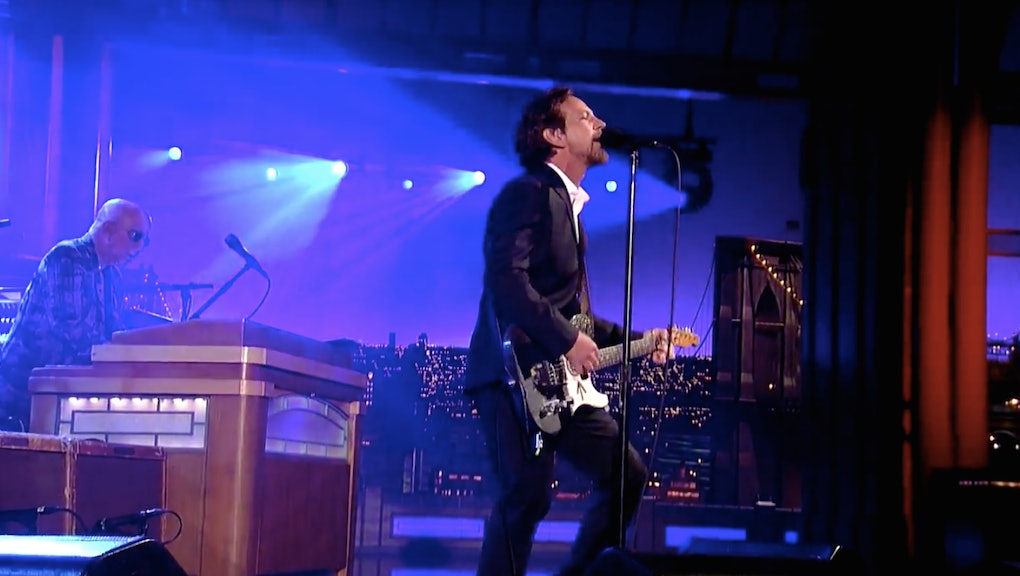 Pearl Jam frontman Eddie Vedder took the stage Monday for one of David Letterman's final shows. The singer performed the Pearl Jam classic, "Better Man," backed by Paul Shaffer and the CBS Orchestra. Vedder has officially appeared on the Late Show with David Letterman five times on his own, including a comedy bit, according to a CBS spokeswoman, so it was only fitting that he was one of the final scheduled performers during Letterman's final nights.

Vedder made his first Late Show appearance in February 1996. It was a surprise performance that even Letterman didn't see coming; Vedder hopped on stage to sing an excerpt from Pearl Jam's "Black." Later that year, Vedder was joined by the rest of Pearl Jam for a proper performance — their first appearance on the Late Show as a band. Since then, Pearl Jam and Vedder have returned to the Late Show a number of times.

Vedder is up there with music royalty now; night, Bob Dylan will grace the stage Tuesday night as Letterman's last expected musical act. The Late Show will conclude Wednesday.