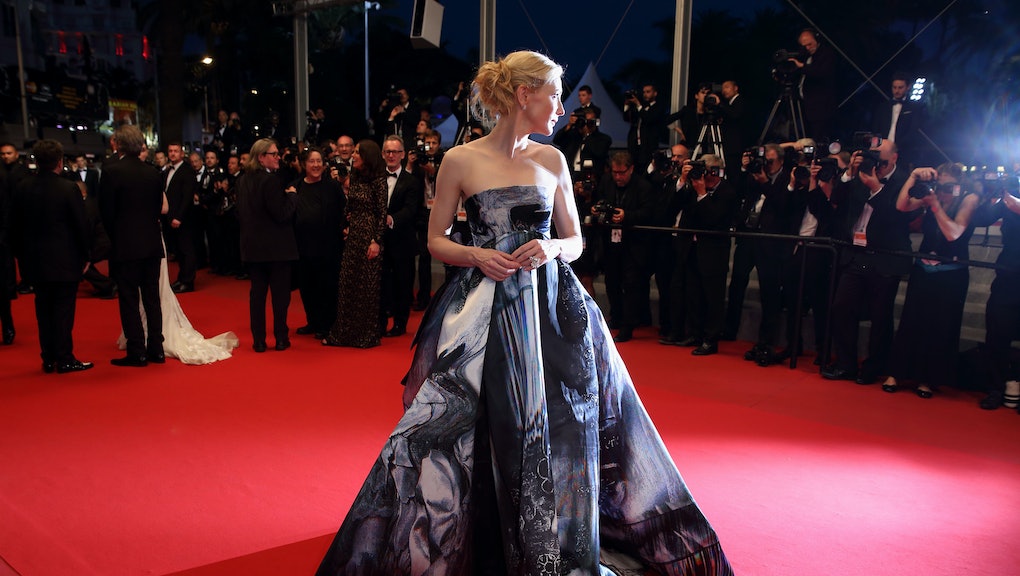 The 2015 Cannes Film Festival is facing backlash over reports that female attendees have been barred from entering screenings for wearing shoes other than high heels.

The story, originated in Screen Daily, claims that "a handful of women in their 50s were turned away from the screening of Todd Haynes' competition entry Carol ... on Sunday night after being told the height of their smart footwear didn't pass muster."

Women, from Twitter users to celebrities, are not happy about it. In a press conference for her film Sicario, shortly after the story hit, Emily Blunt sounded off on the matter, according to USA Today:

"Ya, that's very disappointing. To think there are these waves of equality and waves of people discovering that women are so fascinating and interesting to watch and bankable [on screen] ...

Shut out over shoes: Screen Daily originally reported that "the festival declined to comment on the matter, but did confirm that it is obligatory for all women to wear high-heels to red-carpet screenings."

Other festival-goers have chimed in, confirming their experience with the supposed heel rule. Kate Muir, chief film critic for the Times UK, posted a photo of the story in print and tweeted with director Asif Kapadia, who confirmed to Muir, "happened to my wife (eventually let in)." British film company Independent also posted that they had staff members who were turned away.

In response, Cannes director Thierry Frémaux tweeted, "The rumor that the Festival requires high heels for women on the steps [is] unfounded." A representative from the film festival confirmed to Mic that while there is a dress code in place, it does not dictate shoe height:

"Regarding the dress code for the red carpet screenings, rules have not changed throughout the years (Tuxedo, formal dress for Gala screenings) and there is no specific mention about the height of the women's heels as well as for men's. Thus, in order to make sure that this rule is respected, the Festival's hosts and hostesses were reminded of it."

Times UK arts correspondent Jack Malvern tweeted that ushers appear to have enforced a stricter shoe rule than is technically on the books:

A sexist misstep: Regardless of the actual policy in the Cannes rule book, it's obvious why the reported heel incidents have rubbed attendees the wrong way: The movie industry's gender inequality problem is growing too big to ignore.

As Melissa McCarthy recently said in an interview with Entertainment Weekly, "It's an intense sickness ... I'm trying to take away the double standard of 'You're an unattractive bitch because your character was not skipping along in high heels.'"

Dictating that women strap on painful shoes to attend the events meant to honor their work is an uncomfortable reminder of the differing treatment women in Hollywood still face. We should all, regardless of gender, have the freedom to wear whatever we want. But it's no wonder Blunt said we should all just wear flats. Perhaps then actresses in the biz would finally start being viewed on equal footing with their male counterparts.