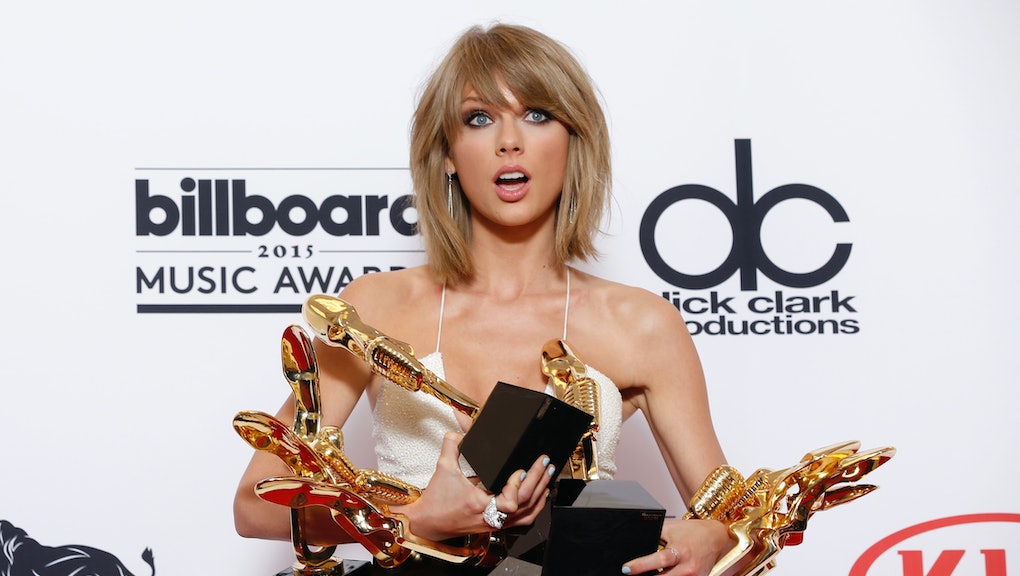 Pop music has always looked to appeal to the lowest common denominator. But most of us probably didn't realize that meant second- and third-graders.

According to research performed by Seat Smart's Andrew Powell-Morse, the average reading level of our biggest pop songs' lyrics has been dropping over the past 10 years. In fact, according to his data, 2005 and 2006 are the only year in which the average chart-topper would be challenging for a third-grader to understand. Since then, the average reading level of pop music has been plummeting. The study places it now between grade levels 2.5 and 3.

But it isn't just the lyrics — the music itself is getting worse too.

The study: To find out how dumb pop has gotten, Powell-Morse analyzed 225 songs that each spent more than three weeks at No. 1 on the Billboard charts. He then ran their lyrics through Readability Score, which uses the Flesch-Kincaid grade index and others to establish the average reading level of a text.

He found that in terms of genres, country actually has the highest reading level for its popular songs, averaging at around 3.3, though a lot of this may have to do with syllable count. Powell-Morse notes that country "is full of words like 'hallelujah,' 'cigarettes,' 'hillbilly' and 'tacklebox,'" and "long place names like Cincinnati, Louisville, Mississippi and Louisiana." Meanwhile, popular hip-hop and R&B has the lowest reading level of the genres studied: 2.6. Still, for every "Buy U a Drank" (first-grade reading level), there's a "Thrift Shop" or a "Diamonds," which both require at least a fourth-grade reading level. And, of course, some less popular hip-hop is more linguistically complex than any other genre.

Additionally, the top two songs in the whole study — Blake Shelton's "All About Tonight" and Red Hot Chili Peppers' "Dani California" — near a sixth-grade reading level. Still, as a whole, popular music is unfortunately trending towards lower and lower reading levels.

The music is actually getting dumber. Whether or not lower reading levels for pop music means it's truly getting worse, the music itself is actually getting worse. Researchers have performed similar studies about pop's musical vocabulary and found that it's dumbing down. In 2012, Joan Serra at the Spanish National Research Council analyzed 50 years of music and found that music has gotten progressively more bland and homogenous, and it's made up for that by getting louder.

Additionally, a study published in the journal PLOS One in December proved that simplicity sells. Researchers found visible trends showing that as a genre's musical complexity increases, its sales decrease. Today's blockbuster pop stars are simply playing the markets.

The Seat Smart study currently only looks at a decade of popular music, and over that period of time found a whole grade-level drop. It would fascinating to see if this is the tail end of a much larger drop, or a consistent and continuing downward trend. Powell-Morse told Mic that Seat Smart may extend the study. He believes it's not outside the realm of possibility that there have been more sophisticated pop songs in the past.

"There's bound to be a hit out there that exceeded sixth [grade reading level]. Perhaps a Beatles song, like 'Yesterday' or 'While My Guitar Gently Weeps' (although I don't know if those are hits)," Powell-Morse told Mic via email. "Seventh grade is less likely, but it wouldn't surprise me at all."

If we want good pop music, we have to stay aware of this and vote with our ears. Don't let pop music cash in on negative trends when it can mean so much more. Just because it's harder to understand doesn't mean it's worse.