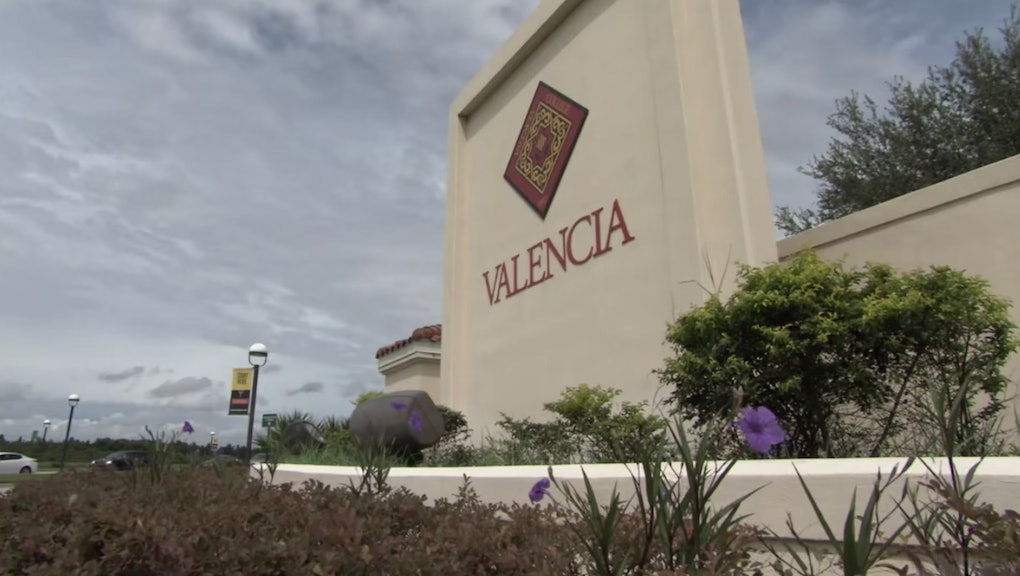 Two female medical diagnostic students filed a lawsuit Thursday against Valencia College in Orlando, Florida, after university staff threatened them with repercussions if they did not participate in what they're describing as "invasive" vaginal probes as part of their course.

The two unnamed students are suing the university's board of trustees and three women who work in the Medical Diagnostic Sonography Program: Linda Shaheen, the clinical and laboratory coordinator; Barbara Ball, the program chairwoman; and Maureen Bugnacki, a laboratory technician.

According to the claims in the forthcoming lawsuit, the defendants threatened to "reduce Plaintiffs' grades and interfere with their future employment opportunities if Plaintiffs did not submit to the classroom vaginal probes."

On a weekly basis, female students would disrobe in front of the class to undergo an ultrasound. After getting in position, "[another] student would place a condom over the probe and then apply generous amounts of lubrication to the probe. In some cases, the student would have to sexually 'stimulate' plaintiffs in order to facilitate inserting the probe into plaintiffs' vaginas," the lawsuit describes.

According to the suit's claims, Ball allegedly made advances to one of the students during their vaginal probe, intensifying the embarrassment and discomfort.

While Peer Physical Examinations aren't that unusual, coercing students into them violates the Fourth (prohibiting unwarranted searches) and Fifth (people will maintain their liberty in the absence of due process) Amendments, according the plaintiffs' lawyers.

A gray area: PPE is used in classrooms across the world when there are willing participants, with the intention of improving the students' clinical examination skills. However, many argue the need for clear PPE policy, in order to avoid situations such the alleged coercion in Valencia College.

Many ethical questions are raised by this practice, not least because of the inherent gender inequality involved. Male students, by definition, can only observe or perform the sonogram, making women far more vulnerable than men in the class.

"The use of volunteers — including fellow students — for medical sonography training is a nationally accepted practice. Valencia College's sonography program has upheld the highest standards," the university wrote in a press release regarding the accusations of PPE violations.

"We have not received a lawsuit as of yet, so all we have is the media coverage. I'm not a lawyer, but until you've been served, you haven't been sued and we haven't been served yet," Carol Traynor, Valencia College public relations manager, told Mic.

Institutionalized violations: Coerced PPE is not the only form of institutionalized sexism which demands a physical violation on the part of women. An unsound "two finger test," in which the vagina is probed to determine if the hymen is intact, is requisite for all female Indonesian military and police recruits. Fiancees of male recruits in the military are subjected to the same "test."

It was also used in India until 2014 to forensically examine rape victims and some women applying to be teachers in Brazil were required to undergo gynecological exams to prove their virginity.

The fact that vaginal probing remains a relatively common practice across the globe makes this case all the more important. If this kind of alleged coercion is either not taken seriously or found to be legally permissible, America is sending a message to the world that this practice is OK — which it most certainly is not.