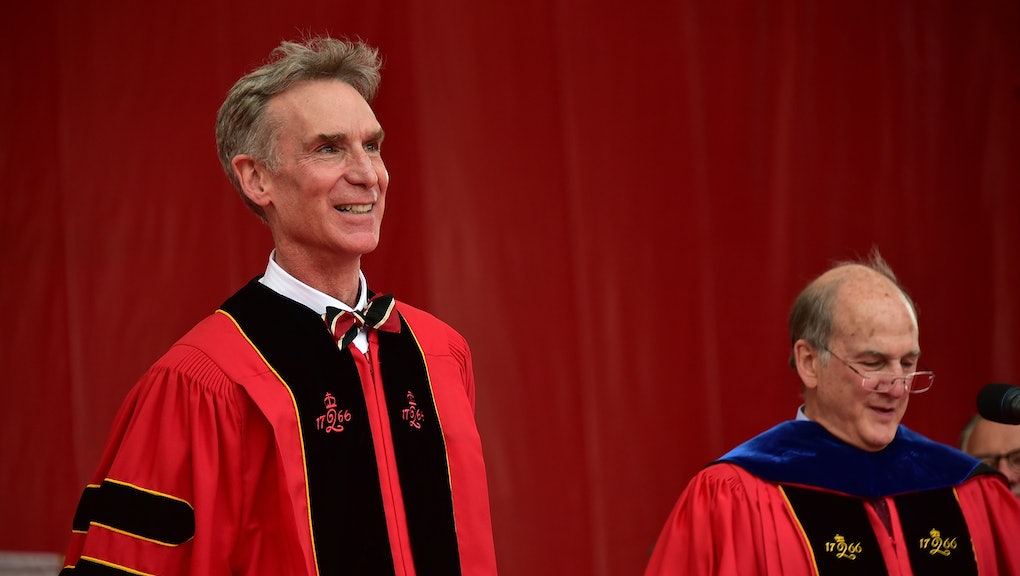 There's Good News for Fans of Bill Nye and Netflix

Get ready for science: Netflix has added a number of Bill Nye the Science Guy episodes to its instant streaming service.

As reported Monday, the installments of beloved science hero Nye's '90s series hit Netflix over the weekend. It's not every episode — just 30 of the 100 — but it's enough to get you your geeky pleasure. Interestingly, there's a 31st episode listed, "Mammals," but Netflix shows that it's unavailable. #Justice4Mammals. (You can still find it on YouTube.)

Over the years, Nye has retained his popularity with the young fans who grew up with him largely by remaining a part of pop culture, but not an omnipresent fixture of it. His 2014 debate with creationism devotee Ken Ham was a major win for both him and for the principal of evolution. Nye even participated in Dancing with the Stars and had a blast while doing it.

Nye represents how cool it can be to be nerdy, and that makes him one of our most valuable cultural figures. So, need a refresher on calculating probability? Want to re-learn what you've forgotten about Earth's atmosphere? Watch all available episodes of Bill Nye the Science Guy here.