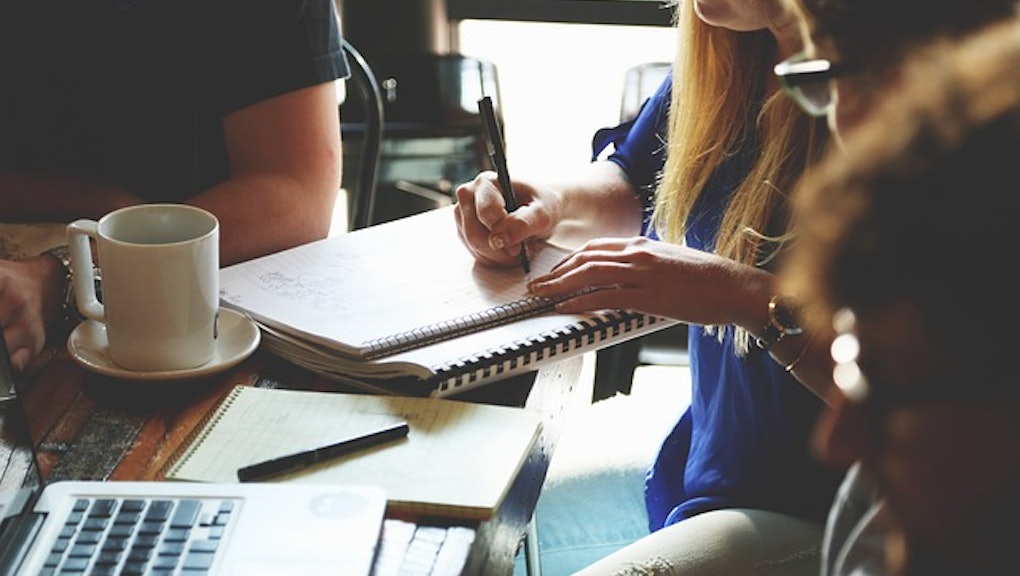 Here's Proof That Workplace Equality Is About More Than Just Opportunity

"Why do we need feminism anymore?" far too many people still ask. "Don't men and women have equal rights now?"

Feminists may find these sorts of questions endlessly frustrating, but they hit on some truth: Women have achieved many legal rights and access to historically unprecedented opportunities in the past century. But equal opportunity does not necessitate equal treatment, and a recent Bain & Co. study examining women's ambition in corporate environments revealed exactly that.

The gap: More than 1,000 employees of both genders in multiple companies were asked if they aspired to top management in a large company and if they had the confidence to achieve that position, the Harvard Business Review reports.

The study found a troubling thing happens when women have about two years of work experience: their career aspiration and confidence both took nose dives of 60% and 50%, respectively. Women also reported feeling less confident they lived up to their company's ideals and that their supervisors supported their professional goals.

Men, however, did not experience this drop-off as intensely. Their confidence dipped only 10% after two years, and male senior managers especially were almost twice as confident they'd achieve top positions as compared to their female counterparts. They were also far more likely to feel they fit in with and were supported by their workplaces.

"The majority of leaders celebrated in a corporate newsletter or an offsite meeting tend to consist of men hailed for pulling all-nighters or for networking their way through the golf course to land the big account," Harvard Business Review noted. "If corporate recognition and rewards focus on those behaviors, women feel less able, let alone motivated to try, to make it to the top."

These findings may explain why women still only make up 5% of CEOs and 17% of corporate board members of America's Fortune 500 companies — as well as why putting the onus on women's success in corporate spaces on women themselves may not be ineffective. Asking women to lean in or to overcome the confidence gap ignores the structural and environmental barriers that persist and, as this study shows, clearly play a role in women's workplace experiences. Until we eliminate these overarching attitudes, behaviors and norms, true workplace equality will likely remain elusive.