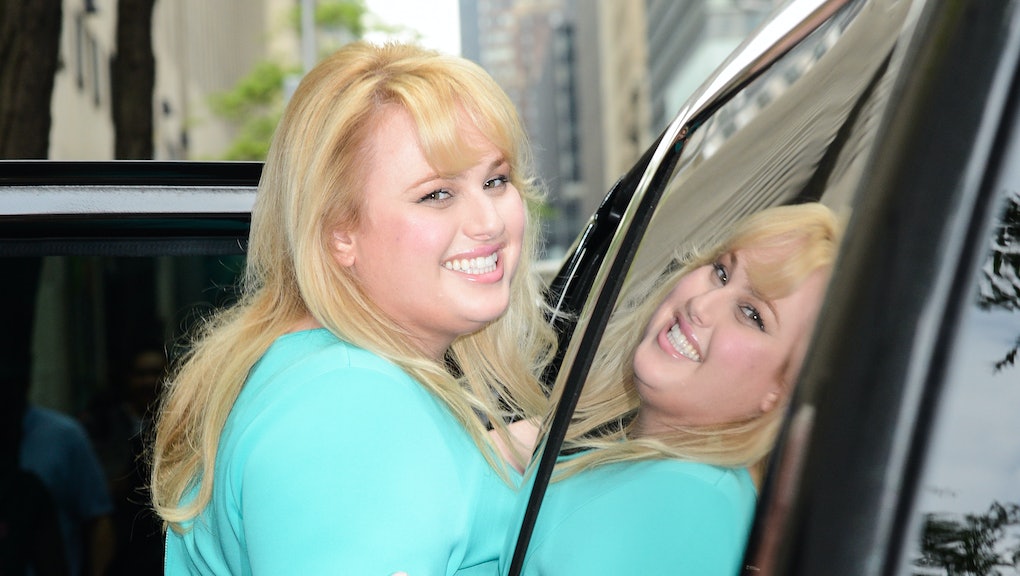 What Our Obsession With Rebel Wilson's Age Really Says About Us

Australia's Women's Day magazine broke the story that comedic actress Rebel Wilson, supposedly age 29, has been lying about her age. Wilson may actually be Melanie Elizabeth Bownds, who the Sydney Morning Herald reports is 35 years old (or 36, according to Women's Day).

American press like BuzzFeed mocked the report as a non-story — what actress hasn't lied about her age? Wilson may be one of the countless female celebrities to fib simply to ensure a career. After all, only 15% of protagonists in major films are female, and 54% of those characters are in their 20s and 30s. But the Australian press dug in, going through tax documents and interviewing her high school friends. Wilson brushed off the story while calling out a big problem in Australia.

Tall poppy syndrome: It's a cultural phenomenon in Australia of harshly putting down someone who is doing well, for no other reason that jealousy. Wilson called out the Australian media for needlessly taking her down a notch. This is why articles like the one in Women's Day and Mamamia quote "insiders" who say "none of us remember her being funny." The syndrome is so prevalent that former Prime Minister John Howard declared in 2007, "If there's one thing we need to get rid of in this country, it is our tall poppy syndrome."

But Wilson isn't absolved either: Interestingly, Wilson has played into ageism against other female stars. Earlier this month, she said she wasn't cast in the upcoming Ghostbusters reboot because "they went with, like, a kinda older group" — older, as in, three of the four female leads are older than 40. She also called out Sandra Bullock — whom she admits to never having met — for being retouched in Gravity, telling the Guardian, "A lot of actresses here have [digital correcting] written into their contracts. It's pretty obvious which ones.... I mean, Sandra Bullock. Did you see Gravity?"

These comments are unfortunate effects of institutional sexism. In order to tackle Hollywood's sexism, it's not just men who need to do the work — women need to step up too.

Hollywood's sexism is so dangerous, because it's not just something that men do to women. Because Hollywood sexism is institutional, women like Wilson have adopted its practices and behaviors, and cut each other down for their own advancement.