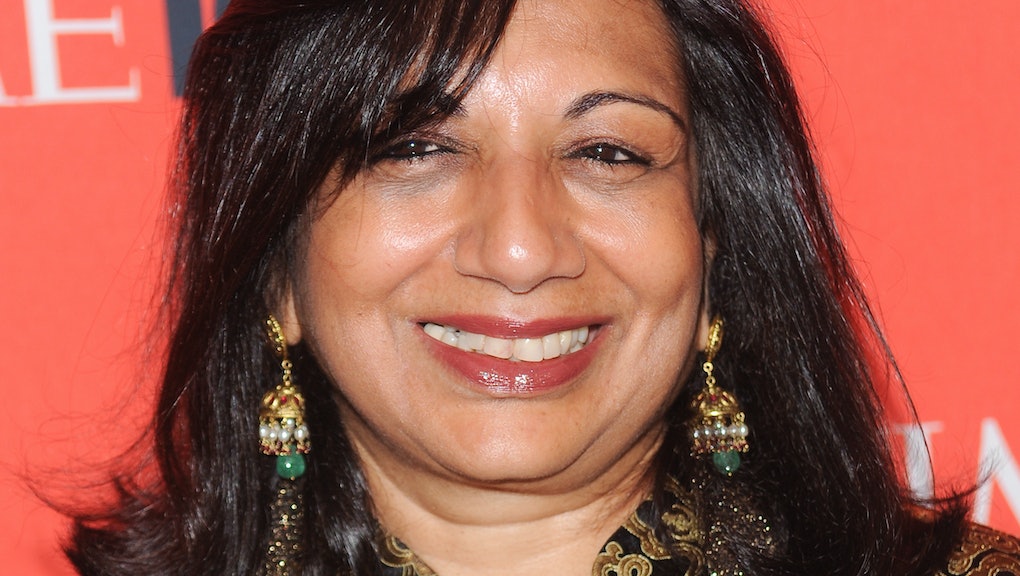 This Is What Women In STEM Look Like Around the World

American women are severely underrepresented in STEM fields. But in recent years, corporate campaigns, educational contests and even White House policy have begun to recognize the women who are breaking through these barriers — people like U.S. Chief Technology Officer Megan Smith and Google Global Science Fair winner Shree Bose.

But female scientists, technologists, engineers and mathematicians worldwide are breaking barriers and making incredible contributions to their fields despite the odds. Here are just a few women doing so all over the world:

Every year, the Elsevier Foundation recognizes notable women from STEM fields in developing countries. The 2015 awards were given to five women — three of whom were Nigerian physicists: Mojisola Usikalu, Rabia Salihu Sa'id and Mojisola Oluwyemisi Adeniyi.

"In some areas of our country, girls' education is struggling to be recognized," Sa'id said. "This award will demonstrate how women can contribute to our society for the greater good."

"In sciences, academia and research, there's value in recognition," Elsevier executive director David Ruth said, according to U.S. News & World Report. "Women are an untapped resource in the developing world."

The Stawell Underground Physics Laboratory, which recently received $1.75 million in funding, aims to construct the Southern Hemisphere's first ever underground dark matter detection laboratory. The project is led by a woman — Elisabetta Barberio — who is joined by a team also inclusive to women, like Katie Mack (who tweeted about the dark matter detector the group is building).

The project will place Australia, "firmly on the world stage in regard to fundamental scientific research," Barberio said, calling the impact of such a project "immeasurable."

But Barberio and her team aren't the only Australian women breaking ground in STEM . Research astronomer Lisa Harvey-Smith is also forging the way: She's the project scientist of the Australian SKA Pathfinder — a radio telescope array designed to survey a wide range of the universe with unprecedented speed and sensitivity.

Software developer Regina Agyare wasn't content to just launch her own tech-based initiative, Soronko Solutions, which creates interactive learning platforms. She's also boosting young women interested in her field with her mentorship program, "Tech Needs Girls" — an initiative to "to get more girls to create technology" by "mentoring girls to lead and innovate through learning to code," according to its website.

"Women are at such a disadvantage in terms of how they can explore their potential, especially in STEM," Agyare told Ms. magazine in 2013. "You have forward-thinking people who support women doing anything they want, but unfortunately, that isn't the majority. Until that changes we have to keep the conversation going: We are part of that movement to get the youth involved in fixing that problem."

Israel is known for its thriving tech scene, but women are underrepresented in the country's STEM sector — they compose only 12% of PhD graduates in engineering and only 15% of professors in STEM subjects, according to Catalyst. That's hardly holding back entrepreneurs Daphna Nissenbaum and Kira Radinsky, though.

Nissenbaum, a computer engineer, is the co-founder and CEO of Tipa, which has developed 100% biodegradable and compostable packaging for food and beverages. Radinsky constructs algorithms, including one that is able to warn about globally impactful events by leveraging web knowledge. Radinsky even managed to predict that the riots in Sudan would weaken the nation's government, she told Haaretz magazine in March, as well as a cholera outbreak in Cuba.

And while Nissenbaum and Radinsky are certainly ones to watch, they're hardly the only female tech founders making a mark in Israel.

Kiran Mazumdar-Shaw was trained as a chemist. She also happens to be a billionaire and has been included on Forbes' Most Powerful Women in the World List. Although she faced many obstacles due to her youth and cultural norms that "may have favoured men over women in India" as well as "unhidden extreme prejudice against female business leaders" according to Forensic Outreach, she rose to the top of her field and is now the chair and managing director of Biocon Limited — India's largest biotech company, which seeks to reduce the costs of chronic disease treatments — in Bangalore, India.

In addition to White House CTO Smith and Google Global Science Fair winner Bose, plenty of women are running the race in the United States.

Mamta Patela Nagaraja is the project manager for Women@NASA, which works to raise among women and girls an interest in STEM fields. Coder Rebecca Garcia is one of the developers of Squarespace and a co-founder of Coder Dojo NYC, a nonprofit that teaches web, game and app development to kids. Danielle N. Lee is a scientist and biologist and the blogger behind The Urban Scientist, which tackles ecology, evolutionary biology and diversity in the sciences... the list goes on.

It's crucial to recognize the work women in STEM are doing all over the world not only to decenter the Western lens through which many important topics are discussed (both in and beyond STEM), but also because women all over the world deserve to have role models to whom they can relate. The more we highlight diverse women doing this work, the more young women will likely feel encouraged to enter the field — which will only benefit us all.