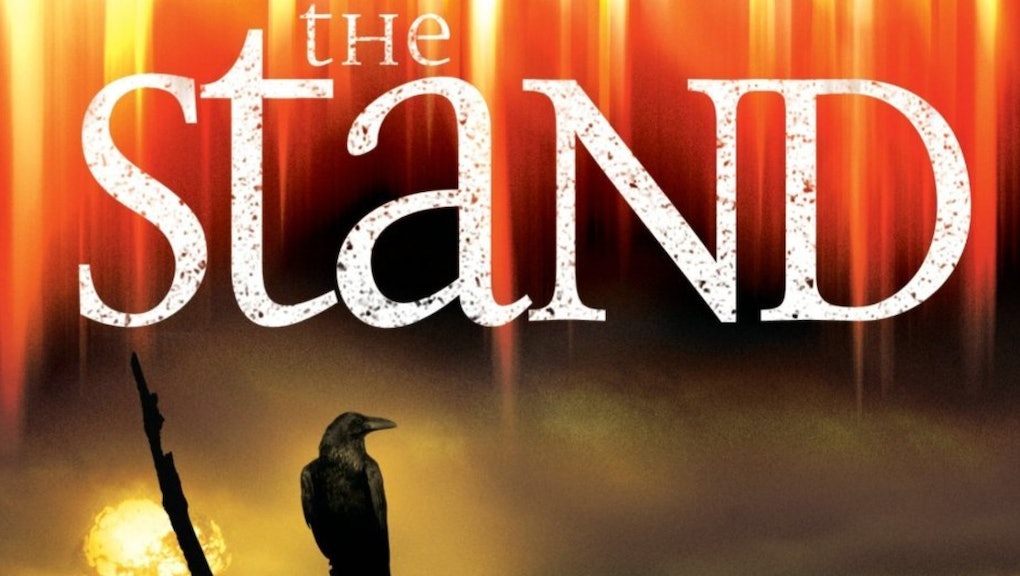 America loves Stephen King, and it especially loves The Stand.

As we've found with movies and TV shows, the most popular books set in each state can be pretty surprising. For every obvious To Kill a Mockingbird, there's the unexpected appearance of a lesser-known novel, like Dan Brown's Digital Fortress in Maryland. Yet the widespread presence of King's post-apocalyptic novel stands out as especially unusual, considering most books only represented one state. The Stand represents five — a number only challenged by Neil Gaiman's American Gods, which is set in two.

Each state's representative fiction book was chosen based on Goodreads scores for series with over 50,000 ratings. If no book from the state reached that vote threshold, we selected the highest-rated in the closest tier of votes. No parts of series that cannot stand alone were included; in other words, The Wonderful Wizard of Oz qualified while Twilight did not.

Two books have the name of their state in the title: Nora Roberts' Montana Sky and James A. Michener's Hawaii. An additional book features a city's name in the title — Hunter S. Thompson's Fear and Loathing in Las Vegas for Nevada.

So what are the four states that feature The Stand as its representative? Idaho, Vermont, Colorado and Arkansas. King has another book on the map, 11/22/63, in Maine.

American Gods represents the two states of Minnesota and Wisconsin. Another author with multiple entries is Jodi Picoult, who has three books on the map: Plain Truth (Pennsylvania), My Sister's Keeper (Rhode Island) and Nineteen Minutes (New Hampshire).

The two books with more than 1 million ratings are Kathryn Stockett's The Help (Mississippi) and John Green's The Fault in Our Stars (Indiana). Close to 1 million but falling just short is Gillian Flynn's Gone Girl (Missouri).

Perhaps not coincidentally, all of those widely rated books have been adapted into movies, joining others like John Grisham's Tennessee-representing The Firm and Fear and Loathing in Las Vegas for Nevada.

Young adult books do really well on Goodreads — many were discounted because they were part of series, but the one with the most ratings of all is The Fault in Our Stars. That's why it's important to note these are the most popular books set in each state, not the best on another scale.

This map is just of the U.S., but if we were to turn an eye to Europe (and we were including series), the representative from the United Kingdom would be obvious: Harry Potter and the Sorcerer's Stone is by far the most-rated book on Goodreads. Unfortunately, not all the magic in the world can make J.K. Rowling's book American.