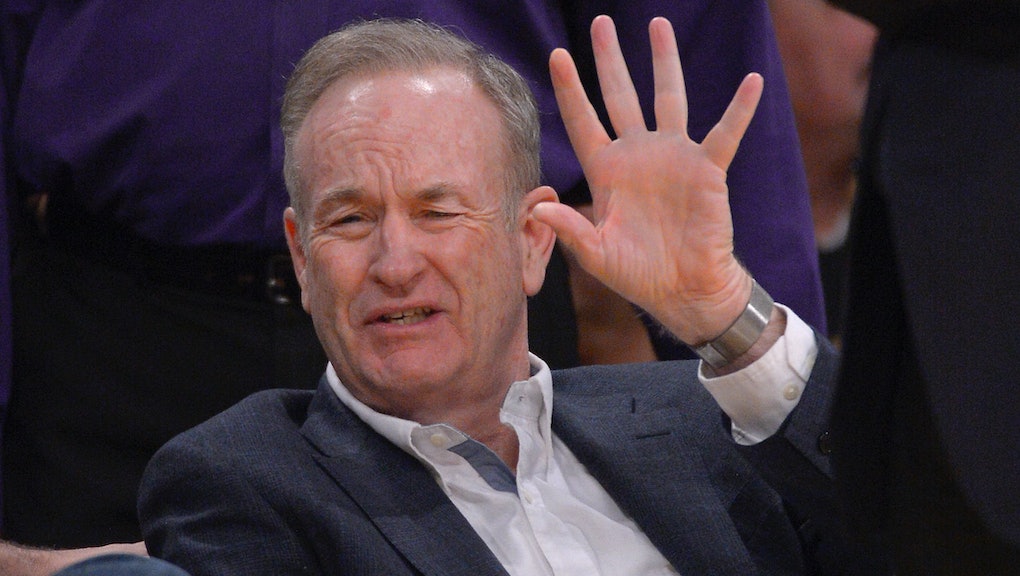 Reports of court testimony emerged Monday from a 2014 custody hearing that Fox News host Bill O'Reilly had assaulted his then wife Maureen McPhilmy while at their home in Manhasset, Long Island.

Then, on Wednesday, Gawker posted court transcripts revealing some details of the case, including that O'Reilly's teenage daughter said she saw the conservative pundit "choking her mom" while he "dragged her down some stairs" by the neck.

O'Reilly has denied the charges, but the allegations are damning. Domestic abuse is a major problem in America, and O'Reilly should know.

In a 2014 interview with neurosurgeon-turned-presidential-candidate Ben Carson on the case of Ray Rice's domestic abuse charges, O'Reilly did not miss a beat standing up for victims of domestic violence, saying Rice "did a terrible, terrible thing" and domestic abuse is a "terrible plague" in the U.S.

O'Reilly took exception to Carson's attempt to defend Rice and had some hard truth for the doctor and his audience:

Further, the court documents also reveal O'Reilly's daughter regarded him as an absentee father, another problem O'Reilly had taken issue with. In another program in 2013, O'Reilly singled out black fathers, lamenting the plight of out-of-wedlock children in African-American families.

The court documents, of which Gawker has posted segments, are telling and disconcerting. In 2014, as the case was being heard, a judge ordered psychologist named Larry Cohen to asses the O'Reilly family members. After producing his evaluation, he testified in court on his findings. Cohen's responses are below (O'Reilly's daughter is marked as M.)

Q: In the course of your meetings with the children, did either of them describe any incidents of domestic violence between their parents?

Though the allegations against O'Reilly are a private affair that remain to be sorted out in court, the fact he has been so adamant about the "terrible plague" of domestic abuse on his highly popular television program is hard to miss. The whole situation can't help but point to the hypocrisy surrounding a man who's gone on record lambasting the very thing he's been accused of doing.