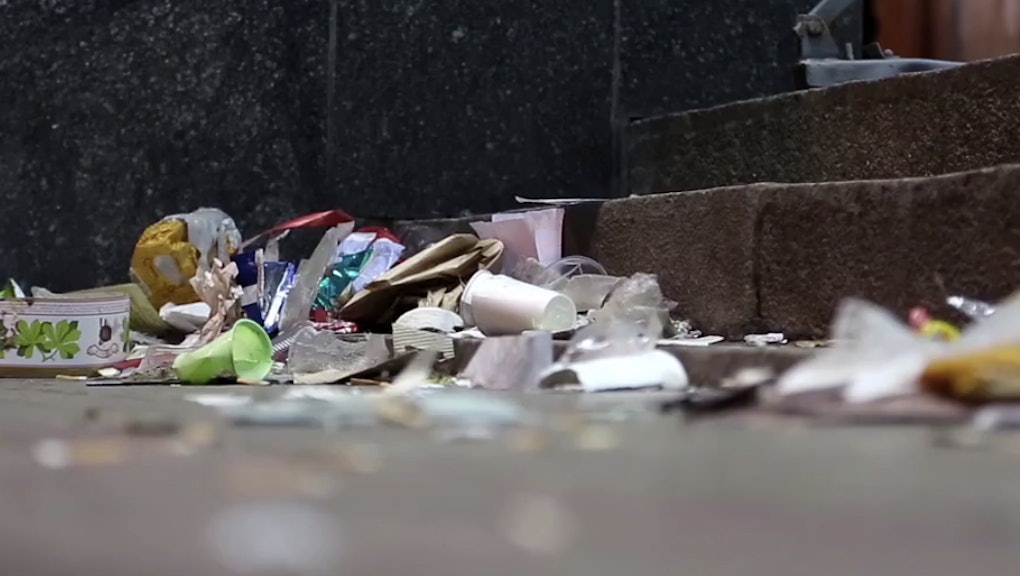 Littering might seem harmless, but it can have serious, far-reaching consequences.

So a Hong Kong environmental group came up with a novel solution: using DNA samples from trash left behind to create renderings of the faces of those who littered. The group prints out the renderings and plasters them around the city to publicly identify and shame litterers.

The project, called the Face of Litter, is coordinated by Hong Kong-based magazine Ecozine and the Nature Conservancy. It has already put litterbugs in the city on notice, the South China Morning Post reported.

How it works: With technology from the U.S.-based Parabon Nanolabs, the campaign reconstructs the profile of litterers based on DNA samples left on cigarette butts, chewing gum and even condoms. The company uses its "SnapShot" technology to identify thousands of potential physical traits from perpetrators, including hair and eye color, ethnicity and face shape.

"It's not an anonymous crime. This information is still contained in that DNA that's left behind on the litter," Parabon's Ellen McRae Greytak told Ogilvy.

With the data in hand, the campaign then shifted from science to marketing when the Hong Kong arm of the global public relations giant Ogilvy & Mather started using the facial reconstructions in a public billboard campaign to shame litterers.

It's not perfect. The technology, for example, critically cannot identify age. Nevertheless, the results were still impressive, and the initiative has taken off on Chinese social media, the South China Morning Post reported.

A bigger problem: Hong Kong's DNA-fueled shaming technology has arrived as littering is becoming a growing problem in a rapidly developing world. According to the World Bank, growing wealth and urbanization puts the planet on track to triple the amount of global waste produced by 2100. Hong Kong produces more than its fair share of that, with the South China Morning Post reporting a Hong Kong NGO removed close to 4,000 tons of street litter in just six weeks.

With less sprawl and more efficient space management than the suburbs, cities like Hong Kong can and should be at the forefront of reducing their environmental footprint. If people can be deterred from littering, they may choose to recycle instead, and even if they don't, sound public policy can step in.

Other cities have already begun taking such steps. Seattle recycles more than half of what its residents throw away. Even smog-choked Los Angeles, hardly known as a model for environmental protection, manages to compost two-thirds of its garbage too.

Earth is on track to hit 9 billion people by 2050. During that same period, the planet is not going to get any smaller and, with rapidly rising oceans, the land and resources will only become scarcer.

While people should stop littering because it's wrong, that is probably not a reliant strategy. Gentle incentives, like the one being pioneered in Hong Kong, are exactly the kinds of things all cities should be doing.