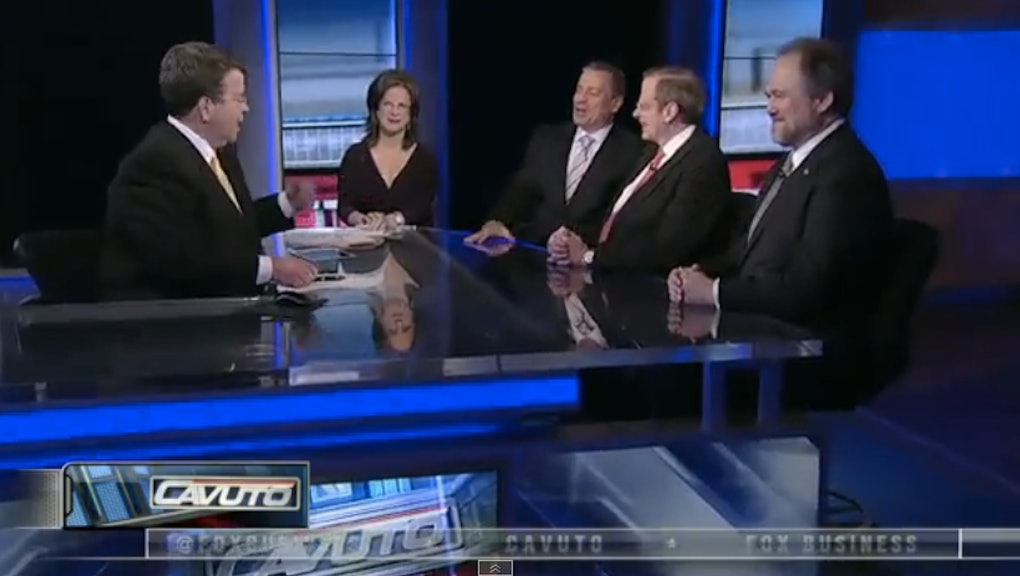 A rivalry has apparently been brewing between Fox Business reporter Charlie Gasparino and his millennial colleagues.

"For weeks — dare I say months? — Charlie Gasparino has been railing against the younger generation," Neil Cavuto recapped during a segment of his show last week called "Bitter Boomers." So Cavuto offered a group of young female journalists an opportunity to respond.

"Maybe he's mad because he doesn't have as many Twitter followers as millennials do," Katherine Timpf, one of the millennial panelists, said. "We're clearly the future, you need us to succeed, so maybe don't insult us so much."

Later, when Gasparino was shown the clip, instead of engaging in a constructive conversation about generational differences, Gasparino called the women "fucking morons" adding, "They're even stupider than we thought!"

"She is beautiful... and smart," Cavuto said by way of defense of Timpf.

"She couldn't wear my jockstrap as a reporter," Gasparino retorted.

The dynamic of gender and power in this segment is inescapable. A group of young women was not only decried by an older man as unintelligent, but the rest of the segment was then devoted to more older men (and one token woman) discussing that same group of women's merits (or lack thereof).

An intergenerational conversation about generational differences is great, but next time perhaps these panels might consider doing them from a place of respect and fundamental equality rather than name-calling and denigration.