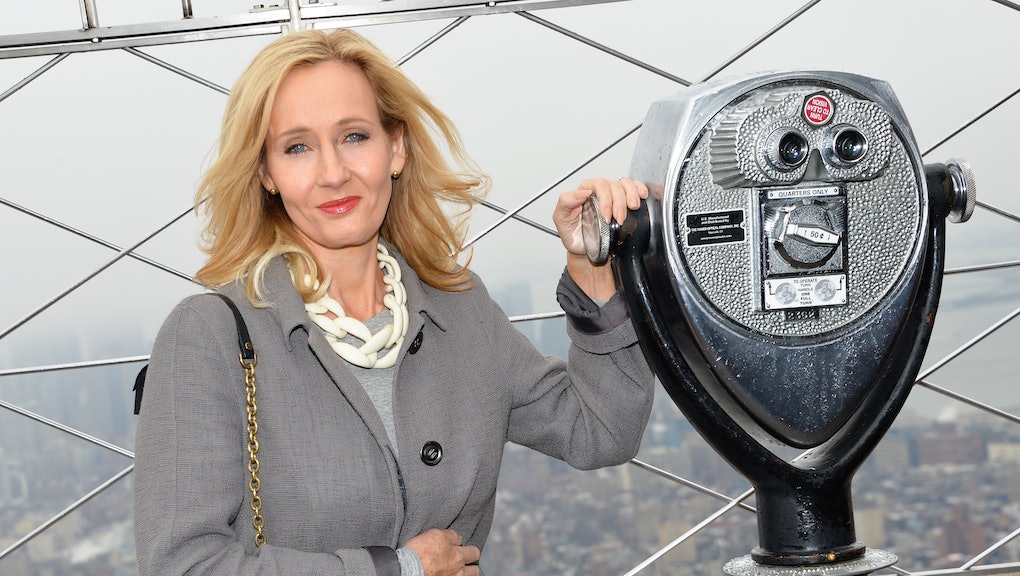 In One Tweet, J.K. Rowling Gave Gay Muggles the Best Reason Yet to Love Her

Even when she's not shutting down trolls or lifting up her fans, J.K. Rowling still manages to have an inexhaustible number of ways to remind us how amazing she is.

On Friday, the British author took a moment on Twitter to tell everybody about a very important and underappreciated day.

Harvey Milk Day, celebrated annually on May 22, commemorates the life and achievements of former San Francisco City Supervisor Harvey Milk on the day he was assassinated in 1978. Milk was an early and outspoken advocate of gay rights in the U.S. in the 1970s at a time when homosexuality was widely considered a mental disorder and being gay was criminalized in many parts of America.

As one of the first openly gay elected officials in the U.S., Milk helped pass one of the strongest gay rights ordinances in the nation. His story, however, like many civil rights leaders, ended tragically after he and San Francisco Mayor George Moscone were assassinated in 1978 by a disgruntled former city supervisor. The story was eventually turned into the award-winning 2008 film Milk.

The tweet gave an extra lift to LGBT supporters in Ireland who went to the polls Friday in a historic election that might see the nation become the first in the world to adopt same-sex marriage through a popular vote. Many of the comments Rowling received came from approving fans who noted the poignant coincidence.

It's not the first time Rowling has come out as a champion of LGBT rights. The author made headlines when she revealed that Hogwarts' headmaster, Albus Dumbledore, was gay. She made even more defending the decision online.

Remembering the contributions of people like Milk helps remind everyone how far America has come from the days when the so-called "Mayor of Castro" (San Francisco's historic gay district) was first elected to office. Today, the U.S. has an openly gay senator, an openly bisexual governor and a number of gay representatives. Nationally, the Supreme Court appears more and more likely to extend marriage equality to LGBT couples across the United States. Polls, meanwhile, show American acceptance of homosexuality to be the new normal.

Now, armed with Rowling's "Twitter Felicis," the future has never been brighter.