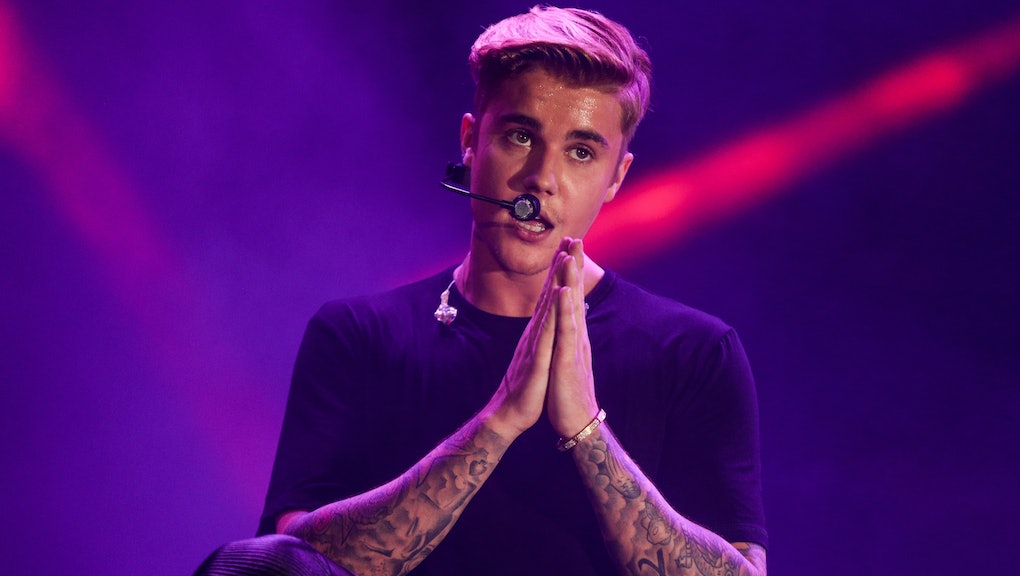 Justin Bieber stopped by Jazz Night at the W Hotel in Hollywood on Sunday night to sing the Boyz II Men classic, "I'll Make Love To You." His off-the-cuff performance, floor humping and all, was surprisingly deft.

The widely maligned pop star was taking a break from filming the music video for his Jack Ü (Skrillex/Diplo) collaboration, "Where Are Ü Now." The song is another surprisingly good performance from Bieber, who's fresh off an apology tour that culminated in his roast on Comedy Central. After quite a bit of bad behavior, Bieber is making a strong effort to refocus fans on the quality of his music.

Bieber recently made another appearance on The Late Late Show with James Corden. Bieber showcased his Boyz II Men fandom clearly when he sang "End of the Road" with Corden for a Late Late Show segment, "Carpool Karaoke." The R&B singalong starts at the seven-minute mark.

Bieber's Boyz II Men is a strong revival for the beloved '90s band, but even the Biebs can't top the group's own recent self-reinvention: The song they sang to advertise Wendy's Pretzel Bun. #PretzelLoveSongs live on.