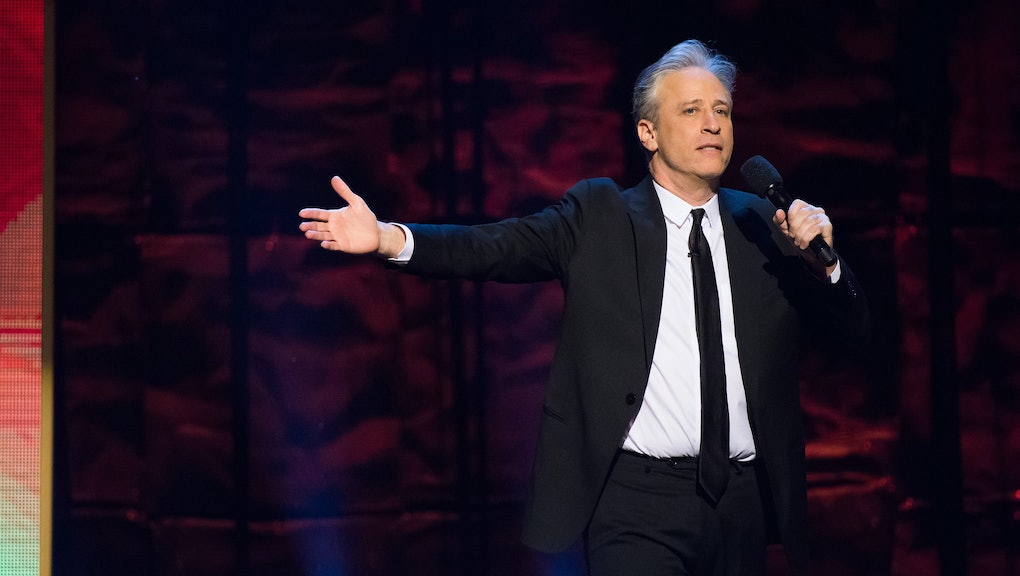 Just because Jon Stewart has been a vocal critic of our recent wars doesn't mean he doesn't support our troops. For years, he's been doing exactly that in a quiet, amazing way.

Since 2013, The Daily Show has been running a program to get veterans involved in the television production business. It's a five-week "bootcamp," as the New York Times described it, featuring work in the TV business. Though it was initially advertised without Daily Show branding, now that Stewart is retiring he's opening up the program to the public in hopes of growing it far and wide.

During the program, over 20 vets meet nightly once a week, with the hope that their experience will land them jobs in the industry. These are positions usually almost unattainable for these men and women because of the limits created by their military background.

"There are well-worn channels into this industry that are closed off to veterans," Stewart told the New York Times. "You get into the television industry generally by going to certain colleges known for having good television programs, getting internships and getting to know people who work in the industry. A lot of veterans never had that opportunity because they were busy at war. This is a way to give them that chance."

Some of the program's alumni have even been hired by Stewart at The Daily Show. The difference between a regular hire and a veteran, he says, is that the latter is "way less whiny."

"We have this wealth of experience that just wasn't being tapped."

This is just another reason we're going to dearly miss Stewart when he leaves the show in August. This is a man who's more than a late night host — he's had a profound impact on his industry and has become one of the most-trusted names in news for young people. Trevor Noah could be great as the show's new host, but we're going from a titan to a newcomer. It'll be hard to adjust.

Stewart's impact will continue to be felt long after as he's gone — as will the program, if he has anything to say about it.

"This is ready to franchise. Please steal our idea," Stewart said. "To be good in this business you have to bring in different voices from different places, and we have this wealth of experience that just wasn't being tapped."