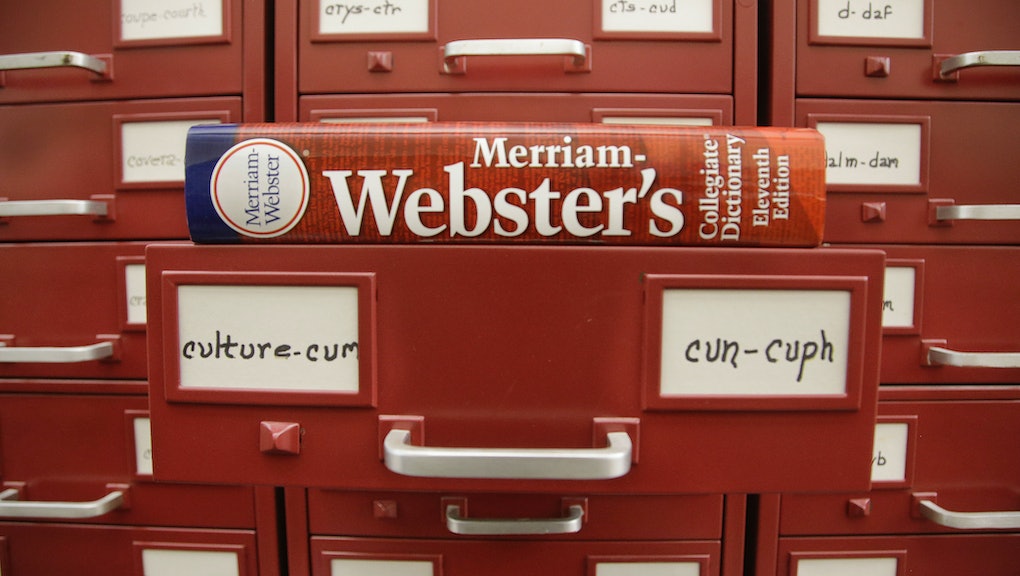 Move over, "bootylicious." There are new words in Merriam-Webster's town.

The makers of the unabridged dictionary have added a variety of new words to their record of the English language. Out of 1,700 new entries, there are a few that feel especially necessary in 2015: "emoji," "clickbait," "meme," "photobomb" and "WTF" to name just a few.

Emoji, for instance, is a routine part of casual discourse either online or offline. The originally Japanese word meaning "pictograph" ('e' is picture, 'moji' is character) is now an English word meaning "any of various small images, symbols, or icons used in text fields in electronic communication ... to express the emotional attitude of the writer, convey information succinctly, communicate a message playfully without using words, etc."

Other words added include "clickbait," or content created to cause readers to click a link; "meme," or something that spreads between people in a culture; and "photobomb," or the act of stepping into another person's photo as a joke.

Most of these words have roots in the tech world, which makes sense. As Internet culture becomes more and more a part of pop culture, these words become more than just slang. In many ways, they're doing the same thing Beyoncé did when she introduced "bootylicious" into the lexicon. Internet culture has taken over for music as a language influencer.

Not all the words were tech-based, of course. "Jegging," or a jean legging, made it in for fashion, while "chilaquiles" (a Mexican dish) and "sriracha" (a hot sauce) joined our food vocabulary.

There was one word — or, rather, an acronym — added that feels like it should have already been included: WTF, defined as "used especially to express or describe outraged surprise, recklessness, confusion or bemusement." It's been around for some time, so it seems strange the abbreviation is just making it in. It's enough to make you go, well, "WTF."

See more of the new words on Merriam-Webster's blog.