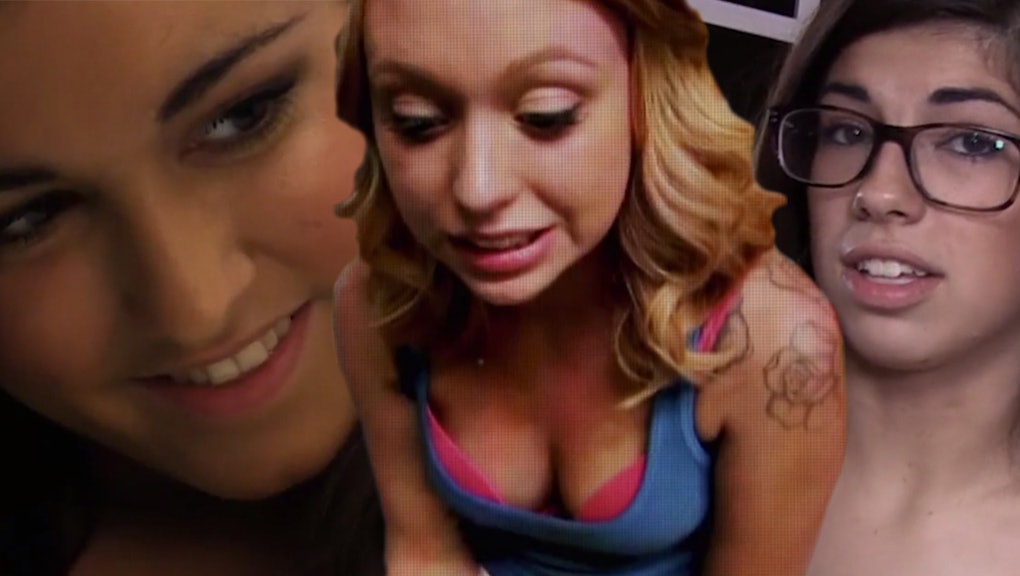 "Everybody, when they're 18, makes stupid mistakes," Jones told Vanity Fair. "[But] the cost of this is pretty high. The moral of the story is, at 18, there may be better options to help you get out of your town." While the industry promises fame and a fat paycheck, the pitfalls can be acute, and that's what Hot Girls Wanted makes clear.

According to the documentary, new girls typically film between three and five scenes per week and earn about $800 or more per scene, depending on what's involved. (An anal-sex scene, for example, nets about $150 more.) "It's a lot of money for a girl," says Michelle. "Why not? I do it" — have sex — "anyway."

The industry's obsession with youth is partly to blame for this uptick. The allure of inexperience and innocence sells, and the amateur-porn industry has taken full advantage of that.

Jade, who has been in and out of the industry for two years, describes the degradation as a trade-off. "I'm here to put on a show," she tells the camera. "I'm not here to be comfortable. I come and put on a show and make myself uncomfortable so you can get off so I can get paid and be comfortable on my own time."

The girls aren't without agency, however: A film like Hot Girls Wanted walks a tricky line: The girls are adults capable of making their own decisions, and their chosen occupation should not brand them as victims. In the beginning, at least, they seem perfectly happy with these choices. "We're free right now," Rachel tells the camera early on while smoking a blunt. "The world is in our hands."

What we see as the film progresses, however, is an environment in which this freedom begins to disappear and is replaced by confines and industry pressures. The lifestyle is expensive to maintain — the girls must pay for regular STI tests, underwear, makeup, nail care and rent — and eventually, the psychological toll of the job begins to show.

Jones noted that her interest in producing the film came from a problem with the way women have been overly sexualized in popular culture.